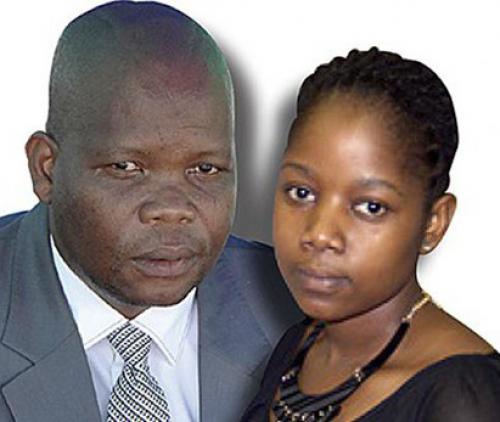 ConCourt rules in Masindi's favour and strips Toni of power

The acting king of the Vhavenda, khosikulu Toni Mphephu Ramabulana, suffered a devastating defeat in the Constitutional Court on Friday, 12 November. The court not only dismissed his application to set aside a previous ruling of the Supreme Court of Appeal, but also effectively stripped him of all his powers.

For his contender, princess Masindi Mphephu, it was a day to be remembered. Not only did the court rule in favour of most of her arguments, but it also granted a cost order for the three courts that thus far pondered on the matter.

Judge Sisi Khampepe delivered the judgment on Friday morning. It was a unanimous decision, supported by her seven fellow judges.

“Heavy is the head that wears the crown,” quoted judge Khampepe when starting the judgment. This matter is about “who has the right to give his or her life in service of the Vhavenda people,” she said.

She then gave the background to the dispute, starting with the controversial decision in 2012 by the then President Jacob Zuma to recognise Toni Mphephu-Ramabulana as the new king of the Vhavenda. In December the same year, review applications were launched in the High Court by a contender for the throne, Masindi Clementine Mphephu.

What followed were years of frustrating litigation. The first stop was in the Limpopo High Court where the court had to first rule on various technical issues. The High Court dismissed Ms Mphephu’s application, prompting her legal team to take the matter on appeal.

The Supreme Court of Appeal (SCA) set the cat among the pigeons by not only overturning the High Court’s decision, but also emphasizing that the Royal Family have an obligation to reform traditional practices that promote gender discrimination. The matter was referred back to the High Court and the House of Traditional Leaders was ordered to provide input to the court.

In a somewhat ambiguous ruling, the SCA allowed Toni Mphephu-Ramabulana to remain in office while the matter serve before the courts.

After waiting for more than a year, Mphephu-Ramabulana’s legal team filed papers at the Constitution Court, asking that the SCA’s decision be set aside. A third contender, Amos Tshenuwani Mukapu Ravhura, suddenly appeared, claiming to be the rightful contender for the throne. Ravhura’s team wanted to approach the ConCourt directly to rule on the matter when the review application was heard. Masindi Mphephu’s legal team also filed a counter-application, asking that the stay order of the SCA be set aside and that she be awarded cost in the various cases.

The ConCourt judges were not convinced by Mphephu-Ramabulana’s arguments for why the appeal was filed more than a year too late. The reasons supplied varied from first having to wait for the House of Traditional Leaders to make a decision to the impact that the pandemic had on the legal process. After much deliberation the request for condonation was denied and subsequently the application was dismissed. This dismissal also meant that the Ravhura application was dismissed.

The ConCourt did accept Masindi Mphephu’s application for condonation, ruling that it is in the interest of justice to hear her case.

Probably the most interesting part of the ruling concerns the arguments of whether Toni Mphephu-Ramabulana should have been allowed in an acting capacity, with full powers. The ConCourt was of the opinion that this allowance that the SCA made was completely out of touch with the rest of its ruling.

“It appears highly paradoxical for the Court to say that the Identification Decision and the Recognition Decision are ‘unlawful, unconstitutional and invalid’ and are ‘reviewed and set aside’, on the one hand, but then to go on and say that the effect of the review and setting aside, and the withdrawal of Mr Mphephu-Ramabulana’s recognition certificate, are ‘stayed’, on the other hand,” said judge Khampepe.

The order of the SCA to allow Toni Mphephu-Ramabulana to still “reign” was thus set aside. “It could be years before the review proceedings are finally settled, in addition to the period of more than eight years which has already passed since Ms Mphephu first approached the courts. This is evidently prejudicial to Ms Mphephu. It also means that Mr Mphephu-Ramabulana will continue to unlawfully occupy the Throne in circumstances where his appointment has been found to have been unconstitutional and invalid. This categorically offends the rule of law and the supremacy of the Constitution.”

The ConCourt finally had to decide on who should bear the costs in all these cases. Whereas the SCA did not want to make a ruling, the ConCourt felt strongly that Ms Mphephu should not be further burdened with all these costs. Interestingly enough the ConCourt said that this burden should be placed on the country’s President. “After all, it was the unlawfulness of the Recognition Decision that created the need for the courts’ involvement,” the judgment reads.

Ms Mphephu’s request that a punitive cost order be made, was not granted.

(Cick Here to read the judgment)