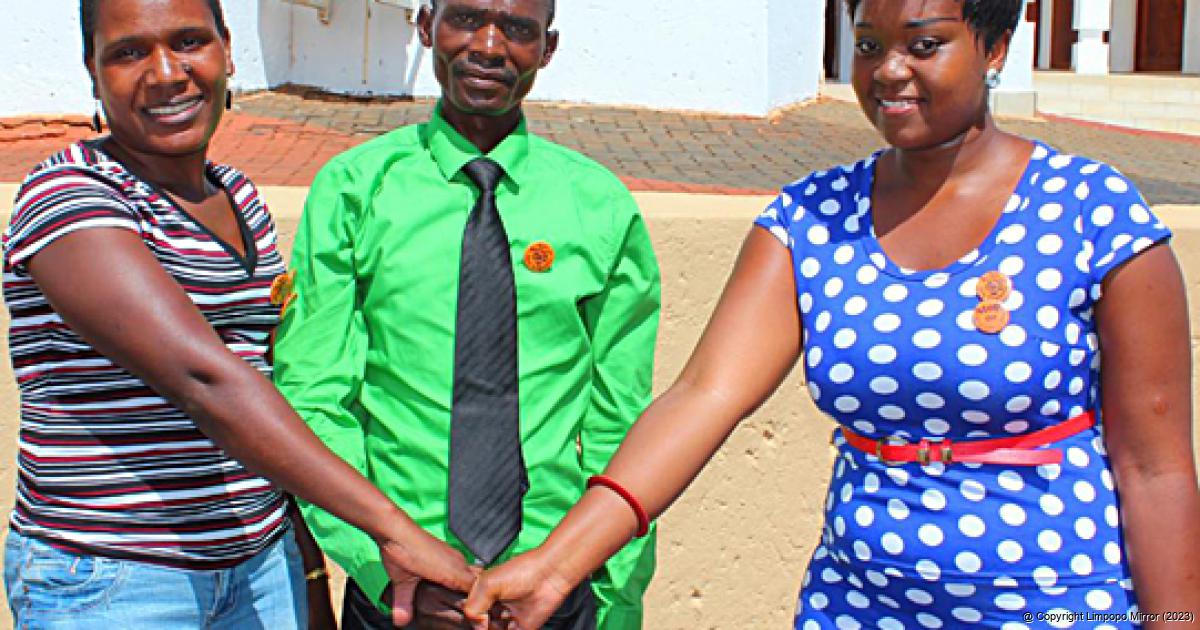 Thohoyandou police spokesperson Major Mashudu Malelo is sandwiched by Sisonke´s Lindah Dumba (left) and TVEP´s Sophie Kekana during the meeting. They agreed that a broader meeting was necessary that would include many stakeholders.

“Respect all the rights of sex workers”

The number of sex workers in the Vhembe is on the increase, even though many do not come out in the open about their job.

If a stakeholders meeting held at the Graceland Lodge is anything to go by, their working conditions are set to change for the better.

The meeting at which many stakeholders, including health, police and other organisations, were present, took place on Thursday. It was  the initiative of the Thohoyandou Victim Empowerment Programme (TVEP) and Sisonke Limpopo.

One of the coordinators, Ms Sophia Kekana, a paralegal attached to the TVEP, who is championing for the rights of sex workers, said sex workers were facing many challenges on a daily basis. “We are all aware that sex work remains an illegal activity in the country. We want to put across that even though their trade is illegal, they still have rights, which are trampled on in most cases. We would like to sensitize different service providers about the plight of the sex workers. We hope that the injustices orchestrated against them will come to an end,” said Kekana.

She said the main culprits were the SAPS, who are accused of harassment, assaults and other forms of discrimination against sex workers. “Sex workers are exposed to all forms of dehumanizing and negative attributes, which are uncalled for, on a daily basis.”

Ms Linda Dumba, media liaison officer for Sisonke, said there were many sex workers in the province but they could not come out in the open, for fear of retribution by their communities. “There is a stigma associated with the trade in the rural areas, unlike in the cities, where the workers are more organized. We have started mobilizing them and making them aware that they have the right to exist and work. We have started a campaign to have sex work decriminalised. This is the beginning of a major campaign towards bettering the lives and working conditions of sex workers,” she said.

During the meeting, sex workers had the chance to narrate their ordeals and the day-to-day experiences and challenges attached to their trade.

Representing the SAPS, Major Mashudu Malelo said every person had rights, whether under arrest or not. “As the SAPS, we uphold the rule of law and we are aware that everybody has rights which should be respected. Most of the things levelled at us we are hearing for the first time, and we will pass it on to members that if these things arehappening, they should stop completely,” he said.

He encouraged those who feel wronged to lay charges at any police station.