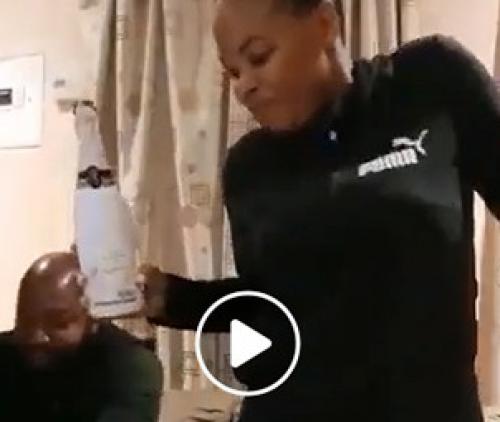 Cllr Mamorobela allegedly attended a birthday party at a friend's house on Sunday.

Partying councillor and two friends arrested and in court

Cllr Tebogo Mamorobela, an executive member of the Makhado Municipal Council, appeared in the Louis Trichardt Magistrate’s Court on Friday on charges that she had violated the lockdown regulations. Two other people who were apparently present at the house where a party was held over the weekend also appeared in court.

The 39-year-old Mamorobela was captured on video the past weekend while allegedly visiting some friends. In the video, she can be seen holding a bottle of liquor while dancing. On Tuesday, the Democratic Alliance laid criminal charges against her at the Makhado police station.

A well-known local businessman, Harold Musobi (50), and Khathutshelo Matshusa (33) appeared in court with Mamorobela. The three were arrested on Thursday afternoon and were released after paying bail of R1 000 each. Their case was postponed to 5 June for further investigations.

Mamorobela also appeared before the ANC’s Vhembe Region for violating the lockdown regulations and the members recommended that she be suspended temporarily. A resolution was taken that Mamorobela should recuse herself from all activities of the municipality with immediate effect, until the matter is finalized by the court.