Jeremiah Neluvhalani (21) and Owen Maswanganye (34) were announced winners in the Tshivenda and Xitsonga language categories for their respective poems, called Hu ḓivha Ṅwali and Ntshembo.

The winners in all 11 language categories were each awarded a cash prize of R10 000 plus a book voucher worth R2 500. The three finalists in each language category will also see their poems published in the annual anthology, I wish I’d said … Vol. 4.

Ṋeluvhalani’s winning poem is a response to the loss of his beloved uncle, who had been a pillar in his family. This young man from Thohoyandou discovered his love of poetry as a teenager. “Without a proper platform to grow my passion, poetry remained a hobby,” he said. “I began writing poetry when I heard about the AVBOB Poetry Competition in 2019, and I am grateful for the opportunity this platform has given me.”

Maswanganye is originally from Chudu Village but currently resides in Pimville, Soweto. He works as a computer numerical control programmer by day and is a poet by night. He follows in the footsteps of other poet programmers such as the late Hugh Hodge and JM Coetzee. “I believe that poetry can heal the nation, physically and spiritually,” he said. “The AVBOB Poetry Competition has afforded me a platform to speak with and to the nation.”

According to AVBOB, at least 84% of the finalists were poets aged 35 and younger, which is indicative that young people are showing more interest in expressing their feelings through poetry.

The AVBOB Poetry Project came into existence in July 2017 with one clear goal, namely “to provide those at a loss for words with poems that speak to their suffering,” according AVBOB’s CEO, Carl van der Riet.

“The AVBOB Poetry Project continues this aim and includes the belief in ubuntu,” he said. “We believe that by enabling each person to see and know their own humanity through the humanity of others, we contribute to the healing and restoration of ourselves and our communities.”

Van der Riet also reflected on the remarkable 35% growth of entries in 2020, with 7 124 individual poets sending in a total of 41 149 poems, almost exactly double the number of poems submitted in 2017, the first year of the competition.

“In the past four years, a grand total of 121 629 poems were submitted and the online AVBOB Poetry Library now offers more than 14 000 selected poems of comfort.”

These works are freely available to the public for use at funerals and memorial services, or simply to read in moments when inspiration or consolation is needed. With 4 100 new poems added to the AVBOB Poetry Library in 2020, each poet was paid a R300 usage fee. “This equates to an investment in South African poets of R1 230 000, and shows AVBOB’s commitment to providing consolation for those who mourn,” van der Riet said.

The annual anthology, I wish I’d said … Vol.4, which was launched at an online gala, was compiled by editor-in-chief Johann de Lange and Sesotho editor Rethabile Possa-Mogoera. It showcases the three finalists in each language category and a series of commissioned poems in each official language, including four translations of Afrikaans poems by Lynthia Julius into !Xun Thali and Nama.

Poetry lovers can register online at www.avbobpoetry.co.za to enter the competition and to read the poems in the poetry library. To order I Wish I’d Said… Vol.4, SMS the word “poem” to 48423 (at a standard cost of R1.50 per SMS) to have it posted to you at a total cost of R240. It is also available in bookstores. 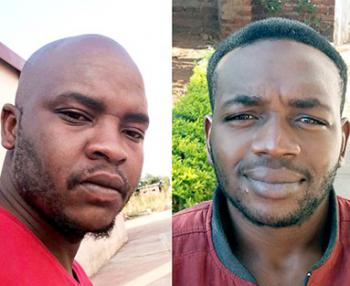