Dakid is not a kid musically

At the age of only 18, the Louis Trichardt-born Dakid sizzles with musical talent that has earned him respect in most parts of the country.

Born Wenzile Radebe, Dakid is a hip-hop artist who also writes and creates his own music. He had discovered his music talent in 2012 when he decided to join the school talent show.

“I was the only person who chose rap or hip-hop for the competition and that gave me a bigger chance of winning,” he said. “After I had performed my act, everybody stood up and showed me love and respect. From then I knew that music was my talent. Since then I have been recording my own music.”

He stated that he had found his voice and style as an artist, and he had managed to achieve that with the song Cut Throat. “Sometimes it takes an artist forever to find their voice, but I am so happy that I had found mine quite early in my music career,” he said. His other hit songs are Jets, Love me now, and Ma Baby O.

“The aim is to get everybody hyped up whenever they hear my music,” he said. “Music to me is life. Without music, life wouldn't be this great. All of my songs give a positive vibe to anyone who's listening to it.”

He had performed during the Village Shutdown show that was hosted by Yaboi Fizzy, where he shared the stage with Colbert Mukwevho and Mr Bundu. “It was filled with a lot of people who were screaming and singing to one of the songs I performed on that evening, and for them to sing along was just amazing to me,” he said.

He promises his fans more songs for 2020. “I will also be performing my music at some shows and festivals, so keep watching this space,” he said. 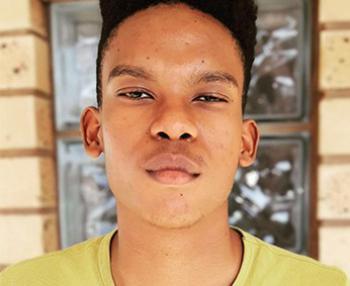 Dakid aspires to grow big in the music world.