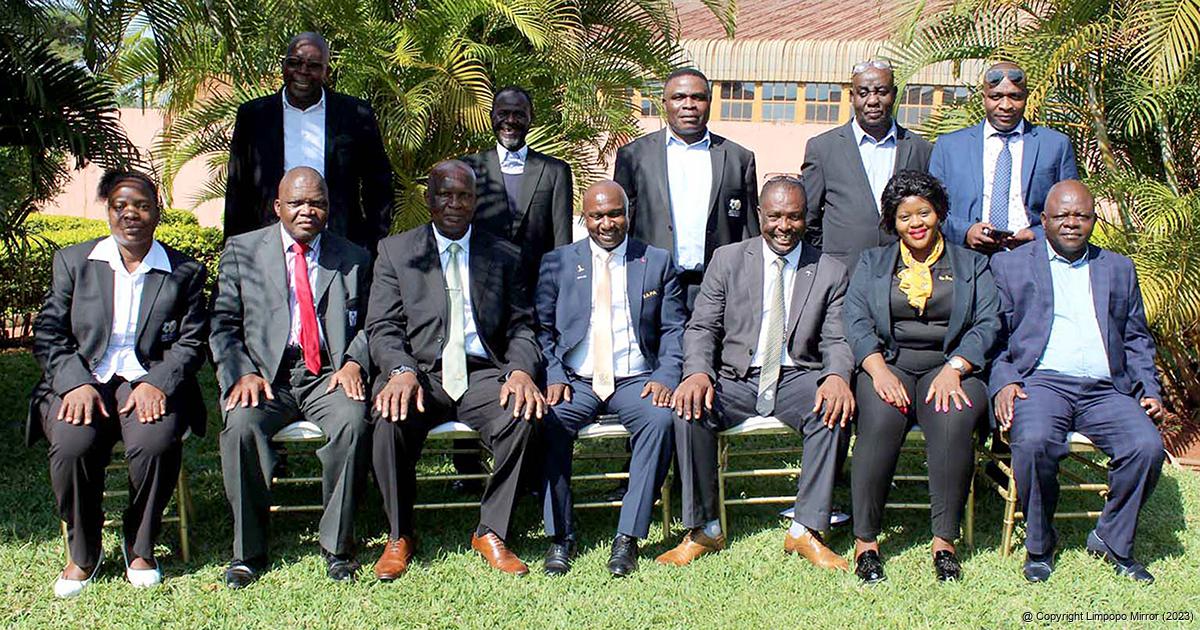 The newly elected leaders of the Safa Vhembe Regional Association, together with the delegates from the national office, pose for a photo after the meeting. Photo: Frank Mavhungu.

New leaders for Safa Vhembe, but ousted Muneri not happy

Mr Jabulani Philbert Ndove was unanimously elected as the new president for the Safa Vhembe Regional Association during the association’s extraordinary congress that was held at the Munakisi Hall in Muledane outside Thohoyandou last Saturday.

Ndove is not a new name in the books of the Safa Vhembe Regional League. He held the position of treasurer in the same association for the past four years.

In his welcome remarks, the former deputy president of the association, Mr Richard Mammbeda, stated that the elections had been held under difficult circumstances. He said that they were going to use the copies of the nomination forms because the former general secretary of the association, Mr Eric Muneri, had instructed the appointed electoral officer, Agape Chartered Accountants, to keep the ballot box until further notice. He further said that Muneri had again cancelled the booking for the venue for the congress and that they had been forced to make a fresh booking at short notice.

Asked why he had instructed the appointed electoral officer not to release the ballot boxes and cancelled the booking for the venue, Muneri was quick to mention that his decisions had been informed by the fact that he had issued a communique to the stakeholders some days before Saturday’s meeting, informing them about the postponement of the congress until the 11th of June.

He further said that he did not understand why his colleagues had ignored the communique and gone ahead with the meeting. Asked why he had not attended the meeting, Vhavenda, as he is widely known, said that his decision to stay away from the meeting was because he considered the gathering to be illegal and unconstitutional. Muneri refused to comment on the steps he was now planning to follow.

When addressing the meeting shortly after the elections, a delegate from the Safa national office, Mr Jack Maluleka, indicated that the elections had been free and fair. He said that he was impressed by the fact that all the executive committee members had been elected unopposed.