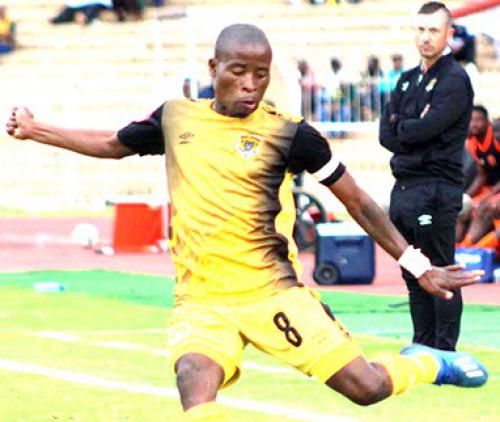 Black Leopards will not be relegated to the lower division when the current league programme comes to an end in six weeks’ time if the words of the team’s captain, Thabo Matlaba, are anything to go by.

His utterances came after the Premier Soccer League (PSL) announced on Monday that the league programme would resume next Thursday, 6 August, and conclude on Saturday, 5 September.

Speaking from the team’s camp in Polokwane, Matlaba assured the team’s supporters that Lidoda Duvha will not go down at the end of the season. He revealed that he knew the team was fighting for survival at the bottom of the log. He said that they always held some meetings as players to discuss the future of the team.

According to him, the spirit is high in the camp and everyone could not wait to resume after a break of four solid months from the end of March because of the nationwide lockdown. “I can promise our fans on behalf of the team that we are going to survive, and we will stay in the elite league next season,” said the former Orlando Pirates left back.

He reiterated the fact that they were aware that they were facing tough teams in their six remaining matches. Of these, some are fighting relegation, some are vying for a position in the top eight while others are closely contesting the league title. The Thembisa-born player further stated that they were leaving no stone unturned in their preparations for the resumption of the league programme, so that they could finish in a respectable position.

The 32-year-old star promised their fans that they would see a totally different team compared to the one that had been struggling before the league programme had come to a halt. Matlaba, or “Festival” as his fans call him, reiterated that his teammates knew a mistake in their six remaining games could cost them their jobs. He revealed that some of the players might find securing new jobs difficult, should the Thohoyandou outfit face relegation at the end of this season.