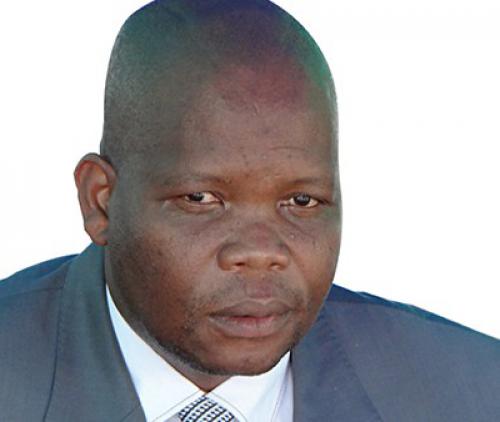 The Constitutional Court has been asked to remove Toni Mphephu-Ramabulana as “caretaker” king of the Vhavenda.

The legal team of Masindi Mphephu-Ramabulana have hit back and filed a cross-appeal, requesting that the Constitutional Court remove Toni Mphephu-Ramabulana as “caretaker” king of the Vhavenda. This was in response to Toni’s legal team’s launching an appeal against last year’s decision of the Supreme Court of Appeal to set his appointment as king aside and send the case back to the Limpopo division of the High Court.

Two weeks ago, Masindi’s legal team filed papers in answer to Toni’s efforts to take the battle for the kingship to the Constitutional Court. Masindi’s replying affidavit has a twist, as she also requests that she be allowed to cross-appeal and be granted direct access to the court, should Toni’s request to appeal be granted. She does, however, want the court to consider her request to have Toni removed.

The road to the ConCourt

Earlier this month, Toni’s legal team filed papers in the Constitutional Court (ConCourt), setting out their reasons for asking this court to intervene in the Vhavenda kingship battle. Masindi’s team responded by strongly opposing the application. They feel that last year’s Supreme Court of Appeal (SCA) ruling must be honoured, and the case must be heard in the Limpopo High Court.

The latest bout in this battle follows almost exactly 10 years after the Nhlapo Commission announced that the kingship/queenship of the Vhavenda vested in the house of the Mphephu-Ramabulana royal family. This commission’s lifetime expired shortly after this decision was announced by the then president in July 2010.

In August 2010, the royal family (or council) identified Toni Mphephu-Ramabulana as the king of the Vhavenda and informed the new commission (which was set up by legislation). This decision was communicated to the relevant minister and premier and eventually led to then-President Zuma’s making the announcement.

The court gears slowly started moving, and in August 2015, the parties agreed to first deal with the “technical” matters. Masindi’s legal team raised 14 issues that they wanted the High Court to rule on. The issues raised included prescription periods and exactly who has jurisdiction during certain processes. It also required clarity as to what review processes were available as remedies.

The case was eventually heard in December 2016, but Judge Makgoba dismissed it. He also did not feel the case had a chance of success if it was appealed and refused permission. Masindi’s legal team proceeded to obtain permission to appeal directly to the SCA.

When the case was eventually considered in April 2019, the SCA’s judges arrived at a surprising conclusion. The five judges of the SCA did not agree with Judge Makgoba and felt that Masindi had been discriminated against because of her gender. They set aside Zuma’s declaration that Toni was king, and the case was referred back to the Limpopo High Court.

What does Toni’s team say?

In the affidavit filed by Toni’s lawyer, Paul Makhavhu, he points out that the SCA had agreed with the High Court’s finding that Masindi had not followed the processes provided for in the Act. The SCA agreed that no evidence existed that Masindi had ever contested or disputed the claim for incumbency by Toni Mphephu-Ramabulana before the first or second commission. “The High Court was also correct in dismissing her allegation that she held a legitimate expectation that the leadership incumbency was under investigation by both commissions,” said the SCA.

Masindi’s argument that she had not been obliged to do so in terms of the Framework Act was not accepted by the SCA. This court reckoned that she had had ample opportunity to produce evidence or make an allegation to the president in support of her claim.

In Paul Makhavhu’s affidavit, he argues that the SCA had erroneously sought to refer the matter back to the Limpopo High Court for determination on its merits.

What seems to have upset Toni’s legal team most, is the fact that the SCA had involved the Limpopo House of Traditional Leaders (LHTL) and the National House of Traditional Leaders (NHTL). These two Houses were tasked to provide an opinion on matters such as whether a Ndumi (representative or advisor to a king) may later become king and whether a woman can ascend the throne. The two houses made their findings public in November last year, effectively saying that Toni could not be king of the Vhavenda (because of his being the Ndumi) and that nothing prohibited the royal council from appointing Masindi Clementine Mphephu as the new queen.

In Makhavhu’s affidavit, he argues that advising the High Court does not fall within the legislative mandate of the two Houses. “They are never meant to serve as experts to give opinion and guidance to courts of law,” he says.

He describes the SCA’s referral of the case back to the High Court for the adjudication of the merits thereof as “brutum fulmen” which means “empty thunder”, or an ineffective order. “(The) identification of the heir to the throne of VhaVenda can, in law, only be done by the royal family,” he says.

But why so late?

One of the trickiest hurdles for Toni’s legal team to overcome, would be to convince the court that they could file the application 15 months too late.

In Makhavhu’s affidavit, he argues that they first had to wait for the two Houses to file their reports. He admits that they took part in preparations for the coming High Court trial, but partly blames it on miscommunication with their senior legal advisor, advocate Machaba.

Makhavhu states that they were under the impression that the reports of the two Houses could be reviewed. When they eventually managed to consult with advocate Machaba, he advised them that this cannot be done. A decision was then made that the best way forward would be to continue with an appeal process to the Constitutional Court and to pull out of the pre-trial conference that was set up in preparation for the High Court trial.

Masindi’s legal team are clearly not convinced that the latest application can now be allowed. “This application is an expedient and blatant attempt to obstruct the set down of the matter in the High Court and to delay the final resolution of this matter, which has been delayed already for some eight years now,” Masindi states in her replying affidavit.

She then proceeds to provide a chronological report of the events that preceded the latest application, arguing that it is merely a malicious abuse of the legal system to delay the inevitable outcome of the matter.

If you must decide – make me queen!

Masindi’s reply to the Constitutional Court has a further twist – if this court allows the appeal, she requests that she be allowed to cross-appeal and be granted direct access to the court.

She also asks the court to suspend the SCA’s order that gives Toni the right to act as the “caretaker” king. Should the appeal be allowed, she wants to cross-appeal and she wants the court to recognise her as the queen of the Vhavenda.

“In my review application, the primary ground of review was that my entitlement to succeed as queen was not considered because the customary law rule of male primogeniture was applied,” she states. According to her, the SCA agreed that she was discriminated against because of her gender and this is partly the reason why the decision of the “so-called ‘Mphephu Ramabulana Royal Family Council’ and the President” was set aside.

In her affidavit, she states that she does not recognise the “Mphephu Ramabulana Royal Family Council” as the legitimate structure that can identify a ruler. “(This) is an entity that is not recognised in Vhavenda customary law. Nevertheless, a group of persons convened under this title and purported to identify the first applicant as king of the Vhavenda people on 14 August 2010,” she states.

“Several members of the royal family … have cast their lot with the applicants and I would have no prospect whatsoever of a fair procedure in their hands,” she says. Masindi also disagrees with the argument that she never made use of other remedies at her disposal when contesting the kingship. She highlights various anomalies in the interpretation of legislation, arguing that she acted within the parameters of the law, but with no success.

Masindi also defends the SCA’s decision to involve the two Houses of Traditional Leaders. “In the absence of an extant Commission with similar expertise to determine disputes over traditional leadership, it falls to the court to resolve such disputes. Since the court does not have expertise in these matters, it was entirely appropriate for the SCA to call upon the only other state institutions that do have expertise in such matters to furnish the Court with an opinion and advice.”

Toni can delay and be regent for life

In Masindi’s affidavit, she requests that, should the applicant be allowed to continue with his appeal, she would like to proceed with a counter-appeal. This involves a request that the ConCourt make a ruling on the kingship and do away with the referral to the High Court.

Masindi quotes the applicant where he states that “It is submitted that the nation expects that a final word would come from this Court.” She agrees that the ConCourt should appoint the incumbent. She further points out that this would be preferable, as she believes Toni is abusing the decision of the SCA to leave him as interim ruler.

“An intolerable situation has arisen, as explained earlier, where the SCA's unilateral order staying the withdrawal of the first applicant’s certificate of recognition has created a perverse incentive for the first applicant to spin the legal proceedings out for as long as possible. Opportunities for doing this abound. … This could take years. All the while, the first applicant will continue to reap the benefits of a kingship that has been declared to be unconstitutional and which he is not entitled to hold,” she says.

To read the affidavits of Toni Mphephu-Tamabulana's legal advisor as well as that of Masindi Mphephu-Ramabulana, click on the links below: