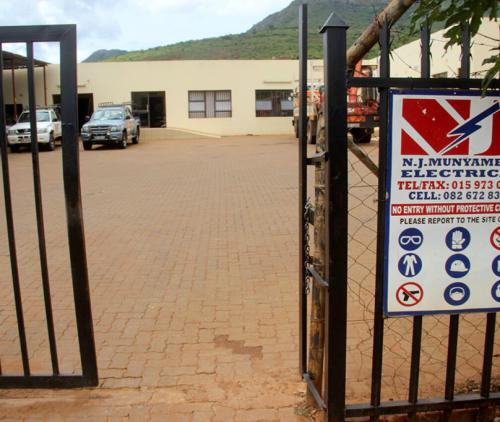 Efforts to trace down the NPO were extremely difficult. A visit to the registered address at Ndumalelo Centre, Mandala Village, produced little evidence of any activities. The centre is occupied by NJ Munyamela Electrical and no-one has any knowledge of Denzhe Primary Care.

Pop-up NPOs score big at Lotto, while others battle

Inactive and non-compliant non-profit organisations (NPOs) are raking in millions in Lottery grants, while applications from some long-established, cash-strapped organisations are being declined, or they receive a fraction of what they had asked for.

In the latest of a series of strange grant approvals, a relatively unknown NPO registered in Thohoyandou, Denzhe Primary Care, received R20 million from the NLC to build a drug rehabilitation centre in Gauteng.

The R20 million paid to Denzhe Primary Care raised several questions. The NPO was inactive for years and was then suddenly resurrected to act as a facilitator for a multi-million-rand project. Both the National Lotteries Commission (NLC) and the NPO refused to make available specific details about the project, such as who the contractors and consulting engineers are.

Denzhe Primary Care was registered as an NPO in 2012 with the Department of Social Development (DSD). According to its founding documents, the chairperson was a Mr T Tshikalange. At the time the treasurer was H Ndou and K Maanda was listed as the secretary. The NPO’s objective was apparently to deal with the prevention of and education about HIV/Aids.

Efforts to track down the NPO were extremely difficult. A visit to the registered address at Ndumalelo Centre, Mandala Village, produced little evidence of any activities. The centre is occupied by NJ Munyamela Electrical and no-one has any knowledge of Denzhe Primary Care.

All NPOs in South Africa are governed by the NPO Act, which prescribes how these organisations should conduct their business. To obtain an NPO number, organisations must file founding documents such as a constitution and the names of the office bearers. The NPO must also submit audited financial statements and a narrative report. The NPO Act further prescribes that such documents must be filed annually, within nine months after the end of the financial year.

Inquiries from the Department of Social Development revealed that Denzhe Primary Care is non-compliant. No documents had been filed since 2012. The NPO’s office bearers had not filed any report stating that there had been any change in status or that new office bearers had been elected.

To the NLC for answers

The NLC was approached for more information about the grant and the recipients. It was pointed out that the NPO is non-compliant in terms of the Act. The NLC was specifically asked about the founding documents and asked to provide the annual financial statements of the NPO. These documents, by law, should be in the public domain and available to whoever requests them.

Mr Phillemon Letwaba, chief operations officer (COO) of the NLC, responded by denying that the Lotteries Commission has the responsibility to check whether an NPO is compliant or not. “We do not check whether the NPO has filed returns with Social Development, because it is not one of the requirements in terms of the (Lotteries) Act,” he said. Letwaba insisted that Denzhe had met all the funding requirements as set out in the regulations, but he refused to send the documents, stating that these contained confidential information.

As far as the R20-million project is concerned, Letwaba said it was pro-active funding allocated for a drug rehabilitation centre. Pro-active funding is somewhat controversial, because it gives the NLC the discretion to identify projects and fast-track certain applications for funding. The legislation changed in 2015 to allow this and such requests can emanate from three sources: the Minister of Trade and Industry, the Lotteries Board or the commission itself. “The introduction of pro-active funding has enabled us to assist in areas with limited access to resources,” the NLC said in a statement earlier this year.

Letwaba said that the drug rehabilitation project was one that the NLC was very proud of. The Gauteng rehabilitation centre is one of three such projects funded by the NLC, the other two being in Mpumalanga and in Kimberley.

Where is the money?

Ramulifho, a lawyer by profession, responded to questions about the project and said that Denzhe Primary Care had been a dormant organisation when they had taken it over in 2017. “The NPO’s main focus is on primary health care,” he said.  Ramulifho explained that their aim was to alleviate the problem of drug abuse.

When Ramulifho was questioned on why no reports had been submitted to the Department of Social Development (DSD), he stated that “the NPO was dormant and as such there was nothing to submit.”

His response was somewhat puzzling, as the Lotteries Act is very prescriptive and requires charities to prove that it “has adequate measures and procedures (in place) for the proper application of sound economic and effective management.” The NLC must verify that NPOs keep proper accounting records. For this reason, the regulations require NPOs to submit two years’ financial statements when applying for funding. If Denzhe Primary Care was dormant up to 2017, as Ramulifho stated, it would be difficult to prove that sound financial management systems were in place.

Ramulifho also refused to say who the contractors and engineering companies are that will be responsible for the construction and related work. “I’m sure you are aware … that our NPO is not at liberty to disclose personal information of other companies and or individuals without their concern (sic),” he said.

The 2015 changes in the Lotteries Act, however, state that organisations receiving grants from the NLC, when procuring goods or services, must “follow a transparent and competitive process as set out in the Treasury Regulations.” Ramulifho denied that they are bound by this transparency clause.

But who is checking?

The problem with con-compliant NPOs’ receiving funding is not new. In November last year, the Limpopo Mirror reported on two cases where such NPOs received funding. Vhembe Health & Fitness Centre received R8 million from the NLC for what could only be described as “dietary training courses”. When asked to provide more details about the project, the NPO could not do so, alleging that all documentation had been lost when the chairperson’s laptop and cell phone were stolen.

Vhembe Health & Fitness Centre also acted as a conduit for another local NPO, Tshedza Arts, Culture & Sports Development. This NPO received R4,25 million from the NLC for a heritage festival. The NPO was not willing to divulge information on how the money was spent, citing a confidentiality agreement in place between the organisation and the NLC, which prohibits them from speaking to the press.

Both Vhembe Health & Fitness Centre and Tshedza Arts, Culture & Sports Development did not file the necessary documents and reports at the DSD, which means that these documents are not publicly available.

The NLC, according to their COO, made it clear on more than one occasion that the law does not force them to check compliance and non-compliant NPOs will thus be funded.

What about the NPO Directorate?

The NPO Act states that the director of the NPO Directorate should act against organisations that are not fulfilling their obligations. The director can even refer such cases to the SAPS for further investigation and possible prosecution.

The questions about compliance enforcement were sent to the DSD and, after more than two months, an official from the NPO Directorate, Mr Luyanda Ngonyama, responded. He said the funder had the responsibility to enforce its contract with the funded NPO or report financial mismanagement to the police or directly to the DSD.

When it was again pointed out to Ngonyama that the NPO Act is rather prescriptive about who should enforce the law, he added to his initial response and said that “the Department is developing a comprehensive compliance strategy to be implemented in the new financial year, which will include information sessions and the ultimate deregistration of non-complian(t) NPOs.”

Non-profit organisations active in the Vhembe area are currently facing severe crises. Two weeks ago, it was reported that the well-known Thohoyandou Victim Empowerment Programme (TVEP) may be about to close its doors. The TVEP is in the process of being evicted from its offices and struggles financially.

During the past 16 years, the TVEP has assisted more than 24 000 victims of sexual assault, domestic violence and child abuse, and empowered approximately another 400 000 people regarding their rights and responsibilities. In previous years, the TVEP received much-needed support from the NLC and these funds helped them to provide services. Since 2013, however, the funds have dried up.

A manager at TVEP, Masikhwa Tshilidzi, said that the organisation had applied for R5 million in funding from the NLC in 2016. When it was eventually considered, only a little more than R200 000 was approved and this money had to be used to buy a vehicle.

Tshilidzi said that the TVEP had had meetings with the NLC’s provincial head in Polokwane in an effort to address the problems. It was then stated that applications from Vhembe were of a poor standard and that the NPOs might need assistance in this regard. It was even suggested that the TVEP assist other NPOs in submitting applications.

One person who is taking the battle for the seemingly neglected NPOs to the NLC is Ms Lisa Vetten. Vetten is a senior researcher and political analyst for the Tshwaranang Legal Advocacy Centre. They are fighting to get the NLC to reconsider funding the organisations.

“Our care work project assisted six NGOs,” said Vetten. “There were another seven who approached us for assistance, but then backed off as they were scared that the NLC might not fund them if they sent legal letters requesting the NLC’s decision on their applications. Another three organisations had simply given up trying. These organisations all have track records in child-abuse and -protection services, mental health, domestic violence and community support. Most were from Gauteng, but some also came from KZN and the Eastern Cape.”

Vetten added that the organisations they were working with were NGOs of long standing. “Their problems have related to waiting two years to receive a response to their applications, being given about 10% - 20% of what they requested, and constantly being given the run-around,” she said.

The chairperson of the Vhembe Civil Society Network (VCSN), Mr Norman Mudau, said that complaints from NPOs that have been waiting long for feedback or payment from the NLC are common. The VCSN serves as an umbrella organisation, trying to assist various NPOs active in the Vhembe area. The organisation aims to create a unified voice through which the different NPOs can try and address their problems and learn from each other.

According to Mudau, some of the NPOs applied for funding in 2015 but are still waiting for feedback. A few NPOs received small amounts in 2017. A common problem seems to be that the organisations are denied funding because of alleged irregularities with their financial statements submitted. He said that this was disputed by the NPOs involved, but new applications had to be submitted and the process simply got delayed.

Mudau said that, in most cases, the NPOs applied for funding that would cover some of their operational costs, but only a small amount would be approved. He was not aware of any big amount being awarded to NPOs belonging to the VCSN. “They would, for example, apply for R300 000 and only get R110 000,” he said.

Efforts to trace down the NPO were extremely difficult. A visit to the registered address at Ndumalelo Centre, Mandala Village, produced little evidence of any activities. The centre is occupied by NJ Munyamela Electrical and no-one has any knowledge of Denzhe Primary Care.