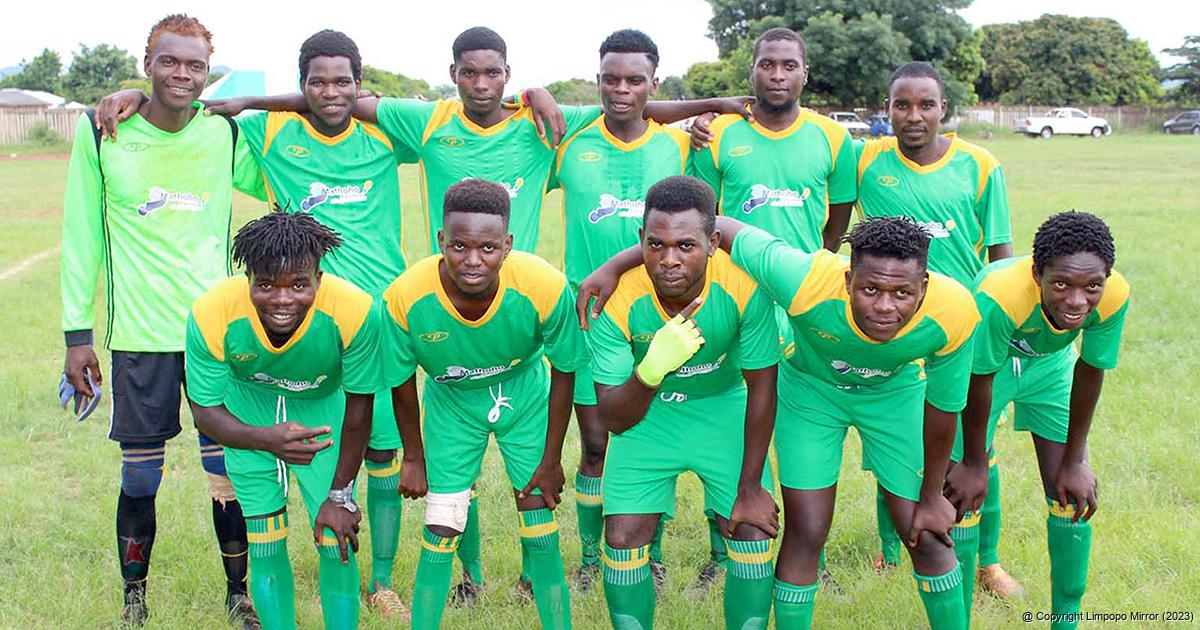 Thulfa teams gear up for the Champ of Champs

Although most of the affiliates of the Thulamela Local Football Association (Thulfa) are left with five matches to complete their league programme for the current season, some of them are already sure of a place in the Champ-of-Champs (CoC) tournament. The champions from each of the 10 streams will compete in the CoC at the end of the season to determine the overall champion.

The fight for promotion is between Lukalo Hot Aces and Mubvumoni FC in Stream A. Hot Aces have deposited 61 points into their league account to date, while Mubvumoni have 51.

Mbahe Freedom Rebels have already secured a place in the annual event. They are shining on top of Stream B. The same applies to Maniini Real Madrid FC. Only some serious bad fortune can stop Real Madrid from lifting the trophy at the end of the season. They are leading the pack in Stream C with 59 points, nine ahead of Makhuvha Flying Stars, with only two matches left.

Dzwerani United Brothers must win at least two of their remaining five matches to be sure of a place in the CoC. United Brothers are the Stream D pace setters with 60 points, 12 ahead of Lwamondo Baboon FC.

The race for promotion is between Napoli FC and Ngovhela Back Side in Stream E. Mavhola Newcastle and Makhuvha Up The Ants are in a neck-and-neck situation in Stream F. Newcastle have 52 points, while Makhuvha are two points behind with a match in hand.

Makonde FC and Maraxwe Happy Boys are close contenders for the league title in Stream G. The race for promotion is still wide open in Stream H. Tshaanda Northern Vultures and Tshixwadza FC are in the first two positions with 49 and 43 points respectively. Tshixwadza have a match in hand.

Tshanzhe Pre-Mighty FC have already started with their preparations for a new life in the higher division. They are leading the pack in Stream I with 57 points, 20 ahead of Sambandou Seven Hunters. The champions of Stream J are still undecided. Khalavha Young Chiefs and Tshikombani Real Kings are in the first two positions with 39 points each.

The overall champions will take home R20 000. The runners-up will receive R15 000, while the third- and fourth-placed sides will be presented with R12 500 and R11 500 respectively. All the champions from the 10 streams will be promoted to the Safa Vhembe Regional League.