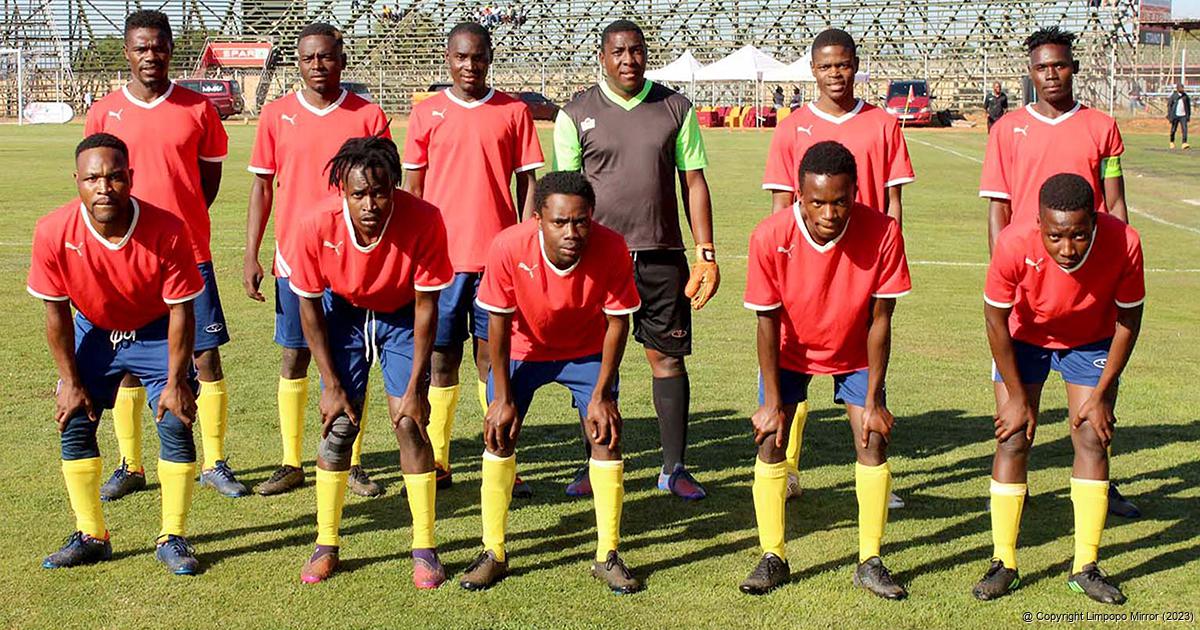 One of the favourites to lift the trophy: Tshimuthe FC. Photo: Frank Mavhungu.

The fight for top honours in the Zwavhudi Animal Feeds Winter Youth Tournament will continue this weekend. Eight matches will be played at two different venues.

The first four matches will be played at the Tshifudi Stadium on Saturday. The opening match will be between Tshiungani Young Chiefs and Madridtas FC and is scheduled to start at 09:00. The game is expected to be the final before the actual final when one takes into account that Young Chiefs and Madridtas are the hot favourites to lift the trophy.

The second fixture will be between Nweli Stone Breakers and Sambandou United Professionals, followed by the match between Khubvi Dangerous Darkies and Madandila Happy Boys.

The other match expected to attract a huge number of spectators will be between Dipeni FC and United Artists. The spirits are high in the Artists’ camp, following their superb performance in the SAB League provincial promotional playoffs at the Old Peter Mokaba Stadium in Polokwane over the past weekend. United Artists finished the tournament on top of the log standings after winning three of the four matches they had played and shared the spoils with Tzaneen United FC, with whom they played to a 2-2 draw.

The last four matches will be played at the Rabali Stadium on Sunday. The day’s programme will open with the match between Rabali Pull Together and Berea FC. Tshimuthe FC will then lock horns with Matanda Rockers in the match that will follow at 11:00. Ngwenani Young Chiefs will battle against Maelula United Brothers shortly after midday. The day’s programme will be wrapped up by the match between Igwe FC and Mukula Fast XI.

The champions will take home R40 000, a floating trophy, gold medals and a soccer kit.