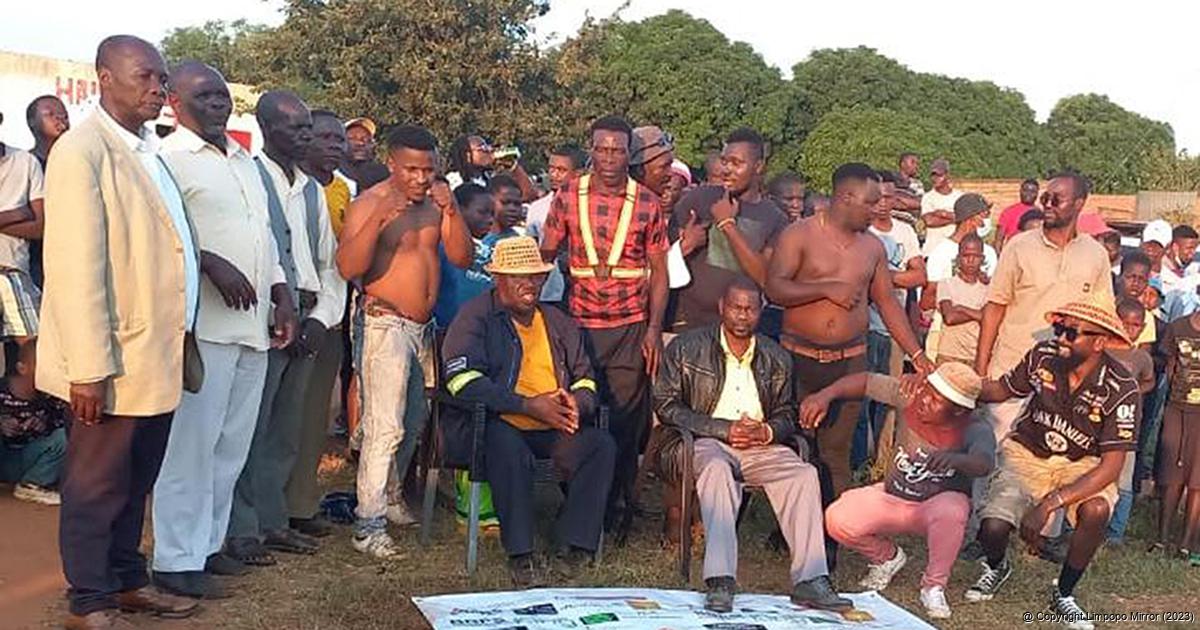 Fighters and elders from surrounding villages during the first elimination matches of the Musangwe Wa Makonde bareknuckle fist-fighting tournament this coming Youth Day. Also in the picture is the organiser of the tournament, Vho-Khotsimunene Nnyadzeni Ravhura. Photo: Elmon Tshikhudo.

The Musangwe Wa Makonde bareknuckle fist-fighting tournament had a good start over the weekend, with hundreds of spectators and fighters converging at the Jim Masindi Sports Field in Makonde on Saturday, 14 May.

Weekly matches will take place in preparation of the finals on Youth Day (16 June 2022).

The organiser and sponsor of the tournament, Vho Khotsimunene Nyadzeni Ravhura, was very pleased with the first preparatory tournament, which surpassed their expectations in terms of turnout and discipline. “Having been out of action for the past two years as result of the Covid pandemic, we did not expect such a turnout of participants and spectators. We had fighters from local and surrounding villages in numbers. This was beyond our dreams. The spectators included elders from local and surrounding villages, which is a triumph for us as we are able to bring people together, thus encouraging social cohesion,” he said.

Ravhura said that they were giving out incentives to encourage the youth to participate “The finalists will take home lucrative prizes, and we will make an announcement on this in due course,” Ravhura said.

Mr Simon Mashavha, who is also one of the organisers, said that things were going according to plan and that they were looking forward to an entertaining final. For more information about the tournament, contact Wilson Mudogwa on 079 744 0618 or Simon Mashavha on 079 941 8541.