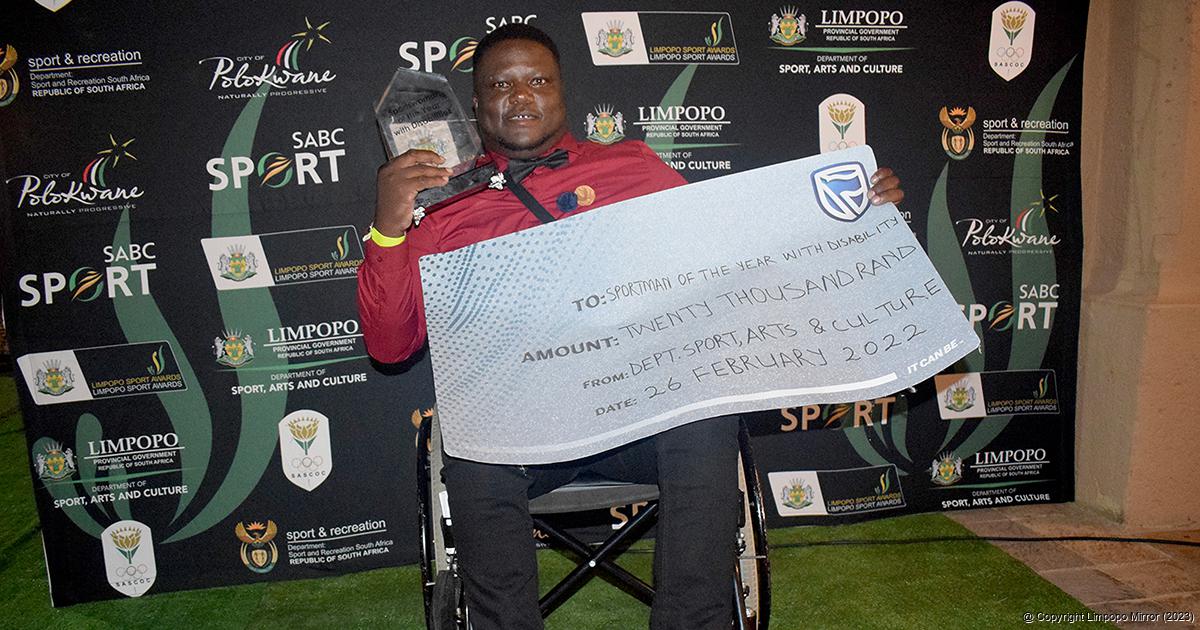 Vhumbanani Masakona of Rabali won the Sportsman of the Year award for athletes with a disability during the Limpopo Sports Awards, held at Meropa Casino in Polokwane on Saturday, 26 February. Photo: Kaizer Nengovhela.

Limpopo MEC for Sport, Arts and Culture Ms Thandi Moraka said that one of the biggest reasons why the province was unable to retain talent at home was because sport was not taken seriously.

“Limpopo has been producing some of the best athletes in the various sporting codes for the country; however, they hardly ever ply their trade at home,” she said. Moraka applauded the Limpopo sports fraternity for their continued efforts to achieve great results on and off the field of play, despite the adverse impact of Covid-19.

During the function, Limpopo’s sports personalities, representing different sporting codes and recreation fields in 29 categories, were honoured for their contribution in keeping the sector alive under difficult conditions.

Among some of the top achievers who walked away with honours was Sheryl James, who returned from the 2020 Summer Paralympic Games in Tokyo with a bronze medal in August 2021. She won the Sportswoman of the Year with a disability award, while Vhumbanani Masakona of Rabali won the Sportsman of the Year award with a disability prize. They both walked away with trophies and cheques of R20 000 each.

“The Limpopo Sports Awards are a true indication of how important [the] government’s total commitment is to the promotion and development of sport and recreation among all our people. These awards not only recognise the sporting heroes, but also those who work tirelessly behind the scenes and help shape and develop our sportsmen and -women in the world of sports. Without the support of coaches, administrators, volunteers, the media and parents, we wouldn’t be here today,” said MEC Moraka.

Moraka urged each and every sports supporter who is still not vaccinated to get their jabs against Covid-19, so that the government can open up the stadiums for spectators to return to the stands.

Sheryl James, who won a bronze medal at the 2020 Summer Paralympic Games in Tokyo in 2021, was presented with the Sportswoman of the Year award for athletes with a disability during the annual Limpopo Sports Awards, held at Meropa Casino in Polokwane on Saturday, 26 February. Photo: Kaizer Nengovhela.