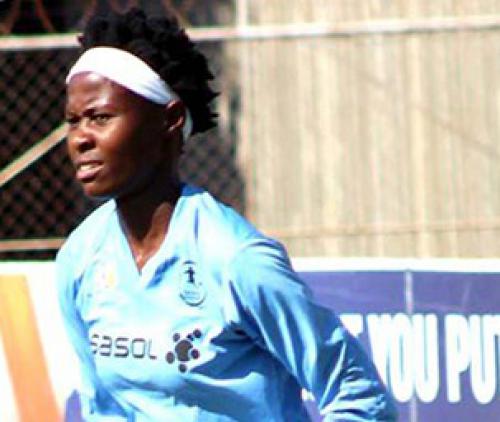 Another busy weekend lies ahead for the teams affiliated to the Hollywood Bets Super League. Maindis Ladies are leaving no stone unturned in their preparations for their match against University of Western Cape FC (UWC) that will be played at the UWC Campus Stadium on Saturday.

Maindis are sharpened to kill after winning two league matches in a row. They beat Golden Ladies 4-1 at the Mahikeng Stadium in the Northwest three weeks ago before registering a 1-0 victory over Durban Ladies at the Giyani Stadium last Saturday. According to the head coach for Maindis Ladies, Ms Rhulani Mathebula, the spirits are high in the team’s camp after the two successive victories.

A look at the track record of the UWC side shows that Maindis will have reason to celebrate if they manage to come back home with a point in hand. They are still fresh from a 2-2 draw against Richmond United. UWC are close contenders for the league title. They are currently lying in the 3rd spot on the log standings.

UWC FC played against First Touch Academy on Wednesday afternoon. The result of the match was not available at the time of our going to print.

Maindis will pin their hopes on the team’s captain, Xiluva Tshabalala, and on Molepo Rapatsa and Tswarelo Digaota for goals, while their number one goalkeeper, Theledi Monnye, will be expected to continue from where she left off in her game against Durban Ladies. Monnye was a marvel to watch when her team narrowly beat the visitors from Durban 1-0 last Saturday.

First Touch Academy will host Bloemfontein Celtic at the Seshego Stadium in Polokwane. Coal City Wizards will travel to Johannesburg, where they will play against JVW FC at the Tsakane Stadium. TUT FC will host Richmond FC at the Loftus Stadium in Pretoria.

Tsunami Queens and Thunderbirds will fight for league points at the Goble Park Stadium in Bethlehem. Tsunami Queens are languishing at the bottom of the log with eight points accumulated from 23 outings. The only match that will be played on Sunday will be between Durban Ladies and Golden Ladies at the Chatsworth Stadium in Durban.