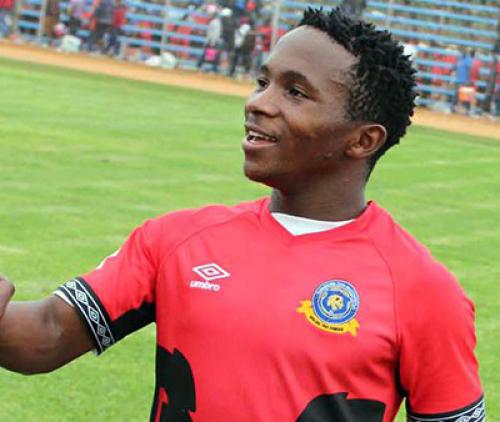 TTM and Chippa on the warpath again

Tshakhuma Tsha Madzivhandila (TTM) beat Chippa United 1-0 to lift the Nedbank Cup at the Free State Stadium in Bloemfontein three weeks ago, but the war between the two teams is not over. They will meet again in their DStv Premiership League match at the Old Peter Mokaba Stadium in Polokwane next Wednesday, 2 June.

The game will be a matter of life and death for both TTM and Chippa United. Vhadau Vha Damani and the Chilli Boys are not certain about their future as affiliates of the DStv Premiership. Chippa United are lying in the second-last position on the log standings with 25 points, while TTM are in the 12th position after accumulating 29 points from 28 outings.

Whether Chippa’s defenders will have enough strength to stop the TTM strikers in Ndabanyithethwa Ndlondlo, Thembisani Nevhulamba and Joseph Molongoane is something that remains to be seen. Ndlondlo’s performance is improving as the season progresses. He scored the only goal when TTM beat Chippa 1-0 in their Nedbank Cup final. Ndlondlo was a hero again when TTM beat Maritzburg United 1-0 in their league match on Saturday, 15 May, scoring the solitary goal.

Black Leopards will fly to Cape Town where they will meet Cape Town City at the Cape Town Stadium. Baroka FC will have a date with Orlando Pirates at the Peter Mokaba Stadium in Polokwane.

Kaizer Chiefs will play against Lamontville Golden Arrows at the FNB Stadium in Johannesburg. Chiefs must win the match to keep their hopes of finishing their league programme within the top eight teams alive. The other Wednesday fixtures are: Amazulu FC vs Swallows FC, Bloemfontein Celtic vs Mamelodi Sundowns, Stellenbosch FC vs TS Galaxy and Supersport United vs Maritzburg United.