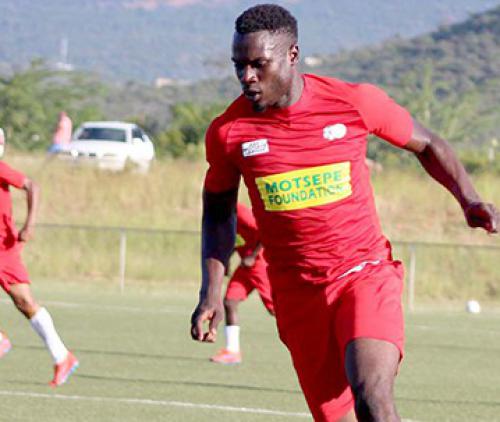 With the league programme gradually coming to an end, another busy weekend lies ahead for the teams affiliated to the Limpopo Stream of the ABC Motsepe League. Most of the matches will be played tomorrow.

The game that is expected to keep the spectators at the edge of their seats from the onset to the end will be between Mikhado FC and Munaca FC at the Rabali Stadium tomorrow afternoon. Munaca and Mikhado are closely contesting for the league championship. Mikhado, or Ikwasha fhedzi as they are commonly known, are currently leading the pack, while Munaca are close on their heels in the third place.

Mikhado were playing against Venda Football Academy in another crucial league match at the Tshifudi Stadium on Wednesday afternoon. The result of the match was not yet available at the time of our going to press. Mikhado are the only side who are still to lose a league match this season. Mikhado’s head coach, Mr Joel Mongalo, said that their aim was to maintain the team’s unbeaten record until the end of the season.

Tshakhuma RO Nandilani will host The Dolphins FC at the Louis Trichardt Show Grounds’ open field. Ablex United will host Giyani Happy Boys at the same venue. The defenders of Ablex will have a mammoth task to contain the Happy Boys’ bulldozer striker, Vutomi Ngomana.

Venda Football Academy will be on the road. They will undertake a journey to Polokwane, where they have a date with Makotopong Brazilians at the Makotopong Stadium. Ditlou FC will host Ngwabe City Motors at the Groblersdal Stadium in the only match that is scheduled for this afternoon (Friday). Denilton Callies and Terrors FC will lock horns at the Jane Furse Stadium in the Sekhukhune area. The other two fixtures are: Berachah Valley FC vs Magezi FC and Polokwane City Academy vs Mighty FC.