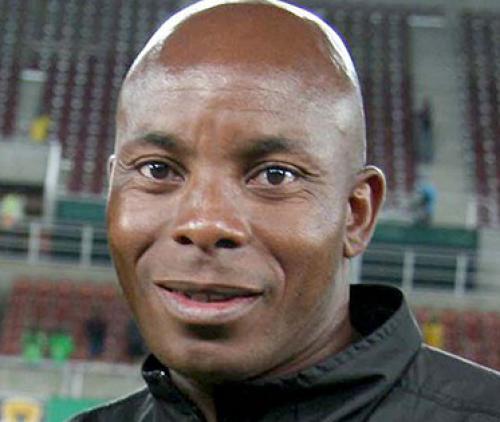 After parting ways with Tshakhuma Tsha Madzivhandila FC about three months ago, Mr Joel “The Prophet” Masutha has secured a new coaching job at Pretoria Callies FC. Masutha was announced as the team’s head coach last Thursday morning, a day after the club terminated the job contract of the team’s former head coach, Mr Sammy Troughton.

The managing director of the team, Mr Moses Malada, confirmed the latest developments within the club. According to Mr Malada, the decision to part ways with Mr Troughton was influenced by the team’s poor running in recent matches. Mr Malada said that the team would have been among the top eight teams on the log standings, had they won the matches he reckoned they had lost unnecessarily. Mr Malada further revealed that they had been negotiating with Mr Masutha over the past weeks, adding that the deal was only sealed last Wednesday evening.

When asked whether the decision to fire a man who had helped the team gain promotion to the GladAfrica Championship League last season and to secure a place in the semi-final stage of the Nedbank Cup Competition was not too harsh, Mr Malada said that the Irishman was fast running out of ideas.  Pretoria Callies will play against Chippa United in their semi-final fixture of the Nedbank Cup Competition.

Asked whether it would be possible for him save the team from possible relegation, the former Black Leopards and Chippa United head coach said that the mandate was achievable when considering that they still had 11 matches to play. Pretoria Callies are lying in the 11th spot on the log standings with 24 points accumulated from 19 outings.

Masutha was sitting on the team’s technical bench for the first time when Callies held Jomo Cosmos to a goalless draw at the Soshanguve Giant Stadium outside Pretoria last Saturday. Callies’ next fixture will be against JDR Stars at the same venue on Saturday afternoon.