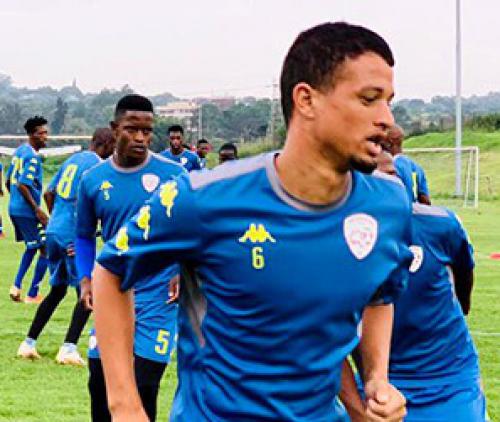 The struggle for promotion and to avoid relegation at the end of the season will continue among the teams affiliated to the GladAfrica Championship League this weekend.

Sekhukhune United have reason to not let their guard down. They will play two tough games within the space of four days. They will undertake a journey to the Absa Tuks Stadium in Pretoria tomorrow afternoon, where their league match against University of Pretoria FC will take place. Sekhukhune are one of the close contenders for the league title. They are lying in the second position on the log, while University of Pretoria are fighting for survival in the fourth position from the bottom of the log.

Sekhukhune will host the rookies, Bizana Pondo Chiefs, at the Old Peter Mokaba Stadium in Polokwane on Tuesday next week, March 16. Just like University of Pretoria, Pondo Chiefs are one of the relegation candidates. They are currently languishing at the bottom of the log.

Jabulani Maluleke, the captain of Sekhukhune, said that they were expecting tough games, adding that teams fighting for survival were dangerous. Sekhukhune will pin their hopes on Yusuf Maart, Jabulani Maluleke and Bongumusa Dlamini for goals.

Uthongathi FC will host Jomo Cosmos at the Princess Magogo Stadium in Durban. The Cape Town derby between Steenberg United and Cape Umoya United will be staged at the Parow Park Stadium outside Cape Town. Real Kings will lock horns with the pace setters, Richards Bay FC, at the Chatsworth Stadium in Durban. Bizana Pondo Chiefs will entertain JDR Stars at the Mthatha Stadium in the Eastern Cape. TS Sporting and Polokwane City will meet at the Mbombela Stadium in Nelspruit.