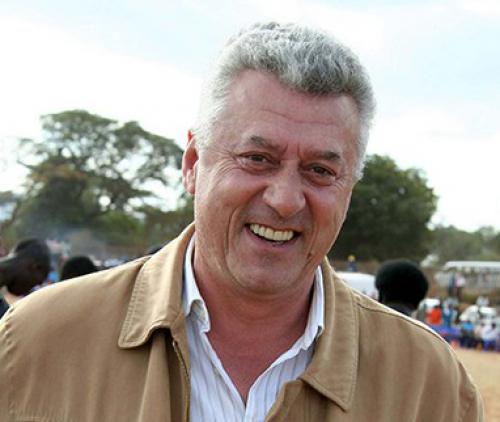 Black Leopards Football Club will soon be a force to be reckoned with if the words of the team’s new technical manager, Mr Kostadin Papic, are anything to go by. The Serbian national was announced during the club’s media conference last week.

During an interview with him, Mr Papic revealed that his decision to re-join Lidoda duvha was not a mistake. He said that he was aware of the fact that Black Leopards were languishing at the bottom of the log when he accepted the job offer from the club. He stated that Leopards had approached him after realizing that his relationship with his former club, Hearts of Oak FC, had turned sour. He said that after a lengthy telephone conversation with the management of Black Leopards, he decided to tender his resignation from the club with immediate effect.

After the club had accepted his resignation, Mr Papic flew from Ghana to South Africa without any waste of time. He predicted that Black Leopards would soon restore their lost pride. He further stated that he would not have accepted the job offer from the Thohoyandou outfit if he could not take the team out of the relegation quagmire.

Asked about his job description as a technical manager, the former Orlando Pirates and Kaizer Chiefs head coach said that his job was to oversee the various teams, including the U/12 team. He repeated that, as overseer of all the teams, becoming accustomed to his coaching philosophy would be good for the senior team as well as all the players from the grassroots level upwards.

Asked whether he would be partly involved in the coaching of the senior team, Mr Papic said that he would not interfere in the coaching job, adding that he could not rule out that possibility in the near future. The 60-year-old mentor was the head coach of Black Leopards when the team took part in the promotional playoffs in the 2013/14 soccer season.