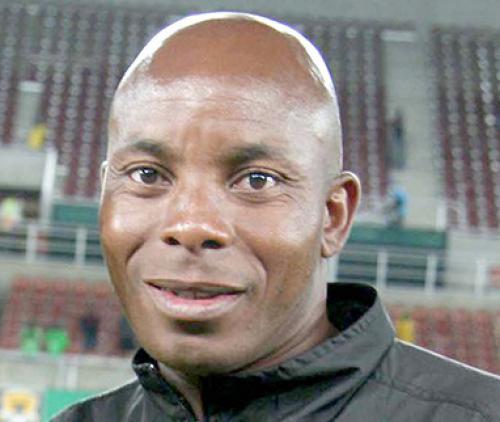 Joel Masutha’s coaching job at TTM is on the line

The future of Tshakhuma Tsha Madzivhandila’s head coach, Joel Masutha, is set to be scrutinised by the club’s new owners in a few days’ time.

Although the new owner, Dr Abraham Sello, vehemently refused to comment on the matter, a source close to the club revealed that the management of the club was set to meet Masutha shortly after the team’s last league game for the first round against Maritzburg United. The match will be played at the Harry Gwala Stadium in Pietermaritzburg next Saturday, 12 February.

TTM are now under new owners after the Premier Soccer League approved the deal last Thursday. All that Dr Sello would say was that he was busy at the time and that a media statement would soon be released. According to him, the media statement will include details about the changes that will be made to the current squad and the technical team.

According to a source close to the team, the team will soon relocate to Polokwane.  He further stated that the team would play most of their remaining home matches for the season at the Peter Mokaba Stadium in Polokwane.

“Looking at the position in which TTM currently find themselves on the log standings, it is obvious that the coach’s job is on the line,” said the source. Vhadau Vha Damani are currently lying in the second-last position on the log. They are tied with Black Leopards on nine points. TTM have a game in hand.

TTM are still to win a league match this year. Their best result was a 2-2 draw against Cape Town City at the Thohoyandou Stadium on Saturday, 9 January. Not only did TTM lose their last five games, but they also conceded 10 goals. Their first match under the new owners was against Bloemfontein Celtic at the Dr Molemela Stadium in Bloemfontein last Saturday. TTM suffered a 0-1 defeat, despite the fact that the home side were reduced to 10 men towards the end of the game.