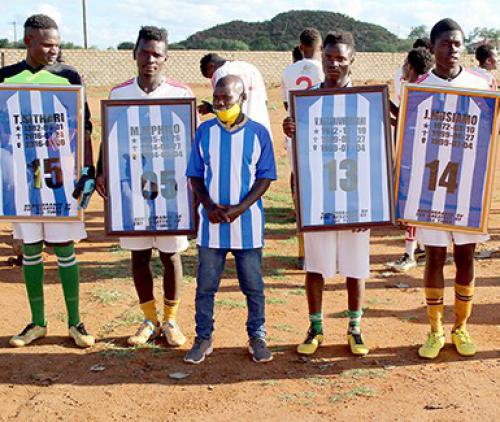 Soccer Lovers convened at the Madombidzha soccer field to watch the remembrance soccer tournament in honour of the five players who had lost their lives between 1999 and 2016.

Victor Netshivangani, Judas Musiamo and Bethuel Mamburu died in a car accident when the team were on their way to play a match against Muwaweni Lucky Stars. The trio played for Madombidzha Try Again during the 1998/9 season. Though all three were never on the pitch at the same time‚ they were frequently part of match-day squads.

Tshilidzi Sithari and Mulalo Mphilo died in 2014 and 2016 respectively. Their families received framed soccer shirts at the remembrance tournament.

One of the organisers of the tournament, Mr Balanganani Mafela, said that part of the aim of the annual tournament was to keep young people busy during the festive season. The tournament also served as a scouting platform for players with good soccer skills. The event was supported by sponsors and individuals.

“Victor Netshivangani and Judas Musiamo were quality players‚ that is for sure‚” Mafela said. “Sometimes players just need to find their feet a bit when they come from the lower divisions.”