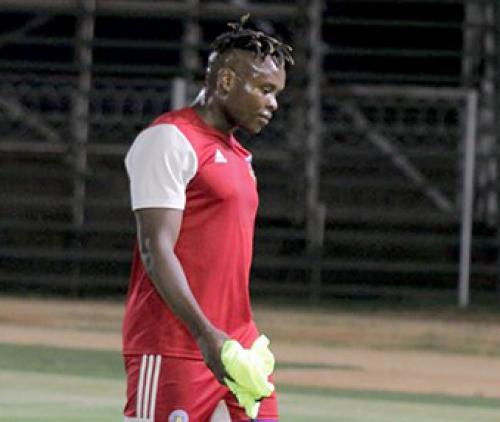 Tshakhuma Tsha Madzivhandila FC (TTM) dropped more significant points at home with their 1-1 draw with Amazulu FC in their DStv Premiership League match at the Thohoyandou Stadium on Saturday evening.

The result of the game did not go down well with the team’s head coach, Mr Joel “The Prophet” Masutha. During an interview with him after the game, Mr Masutha revealed that, although he was satisfied with the team’s general performance, the strikers’ poor finishing was still a thorn in his flesh. He stated that his team had created numerous scoring opportunities and that the strikers had let them down by failing to convert what he described as “obvious scoring chances”.

He indicated that the fact that the team had played to a draw in four of the six league matches which they had played to date was a clear indication that their defenders were doing what they had been hired to do and that the problem lay with the striking force.

TTM shared the spoils with TS Galaxy in their opening league match with a 1-1 draw. They played to a goalless draw with Mamelodi Sundowns in their second match before losing 0-2 to Swallows FC at the Thohoyandou Stadium. They again played to a 1-1 draw with Chippa United before coming back home to share the glory with Amazulu FC last Saturday. Vhadau Vha Damani’s only win was a 1-0 victory over Baroka FC.

Mr Masutha praised the team’s right back, Tebogo Thangwane, who had a great game against Amazulu, despite the fact that he made his debut appearance in the elite league. Thangwane was playing for the amateur side, Mpheni Home Defenders, last season.

Amazulu were the first to find the net via Lerato Memela. TTM fought back through Rhulani Manzini later in the game.

TTM are lying in the 10th spot on the log standings, following the weekend’s result. Masutha further stated that they would be working on target shooting in their preparations for their next fixture. TTM will play against Black Leopards at the Thohoyandou Stadium in their next fixture on Wednesday, 16 December.