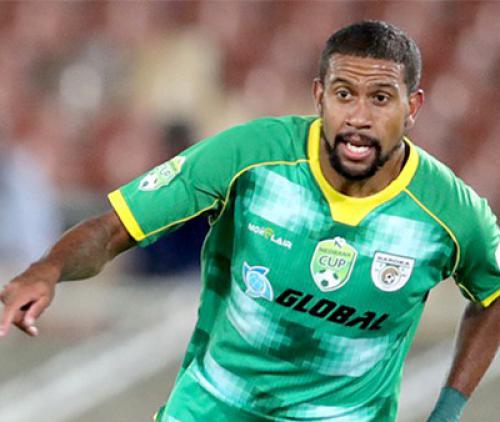 Following their two successive defeats, Black Leopards seemed to have learnt that their defence needed some reinforcement. Leopards lost 0-2 to Supersport United and 1-3 to Baroka FC in their two opening league matches. Lidoda duvha strengthened the team’s defence by acquiring the services of an experienced defender, Ethen Sampson.

According to the club’s general manager, Mr Elijah Mulaudzi, Sampson’s deal was concluded on Monday. Mulaudzi revealed that the signing of Sampson was necessary after the club had lost two right backs in Khuliso Mudau and Thabo Matlaba at the end of last season.

Following his departure from the Thohoyandou side, Matlaba joined the newly promoted DStv Premiership side, Moroka Swallows FC, on a 12-month contract. Mudau’s next stop was at Mamelodi Sundowns, where he is expected to stay for three seasons.

Mr Mulaudzi further stated that the team was left with only one right back, Thivhavhudzi Ndou. According to him, the other right back, Isaac Masia, will be out of action for some time because of an injury.

Sampson was playing for Baroka FC until his contract expired at the end of last season. The 26-year-old defender was playing for Vancouver Whitecaps FC when a scout from Baroka FC spotted him three years ago. Born in Mitchells Plain in the Western Cape on 28 December 1993, Sampson played for several teams, including Ubuntu Cape Town, New Mexico United, Amajita FC and ASD Cape Town FC before joining Baroka FC.