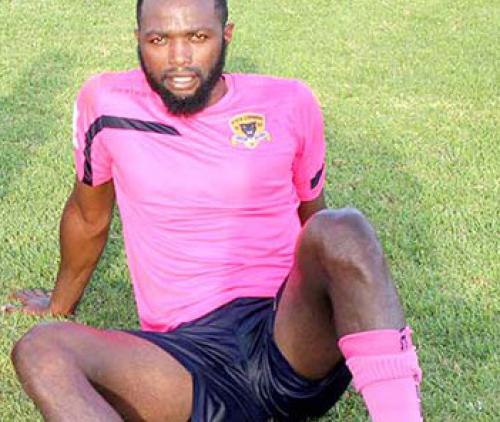 After receiving the Absa Premiership League’s top goal scorer award in the 2018/2019 soccer season, Black Leopards’ striker, Mwape Musonda, seemed to have forgotten his scoring boots in his hometown, Lusaka, in Zambia. Fortunately, he found form again during the promotional playoff matches.

Musonda managed to score only nine goals in the season that came to an end on Monday this week.  Of the nine goals, four were scored in the promotional playoff games over the past three weeks.

The 29-year-old sharpshooter found the net twice in their opening promotional playoff game against Tshakhuma Tsha Madzivhandila (TTM). Leopards beat TTM 3-1. Musonda scored the only goal of the game when Lidoda duvha narrowly beat Ajax Cape Town 1-0 in their second fixture. His last goal was scored in their second-round game against Ajax Cape Town, whom they crushed 2-0 at the Orlando Stadium last Friday.

Asked what could have been the reason that had led to his failure to live up to the fans’ expectations this year, Musonda summed up everything by saying “I think it was not my season”. He stated that his target had been to score 18 goals this season, but things had not gone according to plan.

He said what consoled him was the fact that he had scored four goals when it had mattered most. He said the goals he scored in their promotional playoff campaign had saved the team from relegation. He further stated that now that the team had retained its premiership status, he was ready to work hard and restore his pride, come next season.