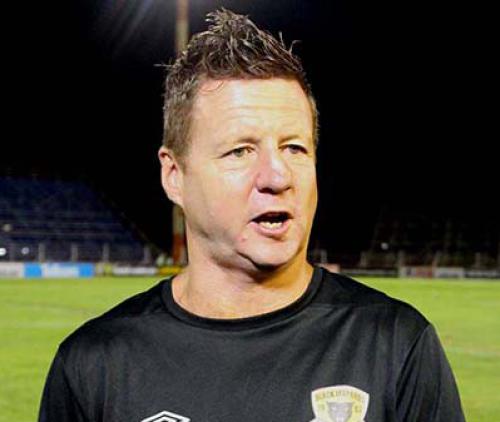 The contract of Baroka FC’s head coach, Mr Dylan Kerr, has been extended. The chairman of the club, Mr Khurishi Mphahlele, announced this week that they had opted to stick with the man who had saved the club from relegation.

Baroka, or Bakgakga as they are also known, finished their league programme in the 14th position on the log standings. They are tied with Black Leopards on 29 points.

Although the team have escaped the relegation axe by a whisker, Mr Mphahlele felt that the 53-year-old mentor had done enough for the team to deserve a long-term contract with the club. The new development means that Mr Kerr will be the team’s head coach until 30 June 2023.

Mr Kerr joined Baroka in January this year. This after the club parted ways with the team’s head coach, Mr Wedson Nyirenda, following a string of poor results. At that stage, the team was fighting for survival somewhere in the relegation zone.

During an interview with Limpopo Mirror, Mr Mphahlele revealed that Mr Kerr’s mandate was to save the team from relegation. He said that the team’s future as an affiliate of the Absa Premiership Division had been on the line when the Englishman had taken the risk of accepting the coaching job at the club. He further said that Mr Kerr had proved all the critics wrong when he steered the team to a 1-0 victory over Mamelodi Sundowns and a 1-1 draw against Kaizer Chiefs in their last two league matches.

Mr Mphahlele further stated that Mr Kerr had done the club proud by taking the team to the semi-final stage of the Nedbank Cup. Speaking from his home in Malta, Mr Kerr indicated that he was delighted by the trust and confidence that Mr Mphahlele had shown in him. He revealed that he would fly back to the country at the end of the month to start with the preparations for the new season.