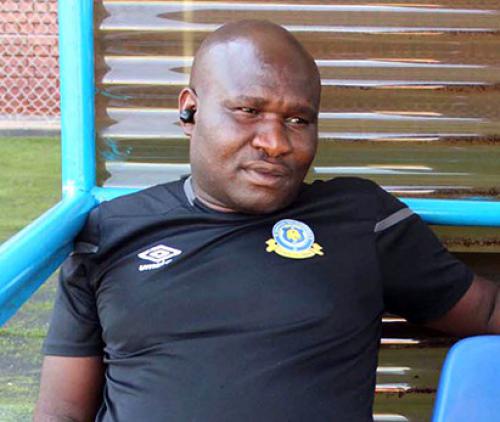 So far and yet so near for TTM

After dropping four points in two matches, Tshakhuma Tsha Madzivhandila FC (TTM) are now out of the race for automatic promotion to the Absa Premiership Division. TTM, or Vhadau Vha Damani as they are also called, lost 0-3 to Free State Stars before playing to a 1-1 draw with TS Sporting last Sunday.

Asked if they had lost hope for promotion after giving away significant league points, the team’s caretaker coach, Mr Lucky “King Mchichwa” Nelukau stated that he was optimistic that TTM would be campaigning in the elite league next season.

Nelukau admitted that he was disappointed with their failing to finish the league programme on top of the log and gaining automatic promotion. He reiterated that they were gearing up for the promotional playoffs after failing to win the league championship. With only one match to play, Nelukau believes that TTM will conclude their league programme with a bang and qualify for the promotional playoffs.

The Tshakhuma side will lock horns with Swallows FC in their last fixture on Sunday afternoon. The league champions will gain automatic promotion, while the next two teams, together with the Absa Premiership side that will finish in the 15th position, will battle things out in the promotion/relegation playoffs at the end of the season.

Should they manage to secure a place in the promotional playoffs, this will be the second time in a row for Vhadau Vha Damani after they failed to make the grade at the same level last season. Following TTM’s failure to impress in their last two matches, the race for automatic promotion is now between Swallows FC and Ajax Cape Town.