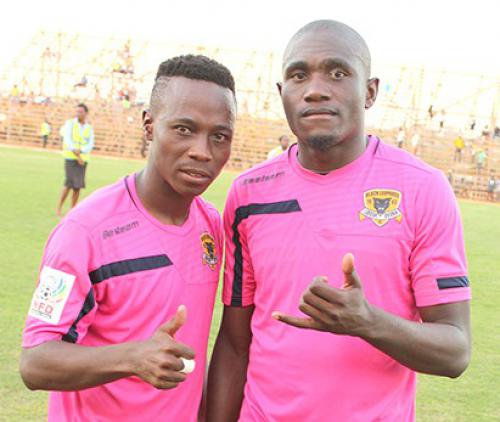 Following his departure from Black Leopards at the end of last month, Joseph Mhlongo is now being targeted by several Absa Premiership clubs.

According to the player’s agent, Mr Ratshibvumo Mulovhedzi of Rush Hour Sports Management, his client was likely to sign a contract with one of the PSL clubs very soon.

Mulovhedzi revealed that several PSL clubs, including Orlando Pirates, Chippa United and Highlands Park, were interested in Mhlongo’s services. According to Mulovhedzi, these clubs declared their interest in the player towards the end of last year.

He said that some of the clubs had offered the player a pre-contract at the beginning of the year. He further stated that they had delayed signing the pre-contracts to give Black Leopards preference. According to him, Lidoda Duvha offered the player a revised contract about two months ago. “After looking at the revised offer from Black Leopards, we realized that Mhlongo was no longer young and that he wanted something better and more solid, hence we declined the offer,” said Mulovhedzi.

Mulovhedzi also said that he was receiving calls from PSL clubs daily, wanting to know if Mhlongo was still available. He stated that he was still weighing his options and that they would sign a contract with one of the PSL clubs before the new season started. Mhlongo, who will be turning 30 on 25 September, played for the GladAfrica Championship side, Ubuntu Cape Town FC, before joining Black Leopards on 1 July 2017.

At that stage, Black Leopards were campaigning in the GladAfrica Championship. “Black Jesus” as he is affectionately called, scored five goals in 22 matches for the Thohoyandou side in his debut season with the club. He assisted the club in gaining promotion to the elite league the following season.

Mhlongo was the third player to part ways with Black Leopards within a space of four months. Thuso Phala was the first to leave their camp after his contract was terminated, following acts of misconduct. Karabo Tshepe followed suit before Mhlongo’s three-year contract with the club expired on 30 June. The team’s dribbling wizard, Lesedi Kapinga, was the last player to say goodbye to the club after his contract was terminated last week.