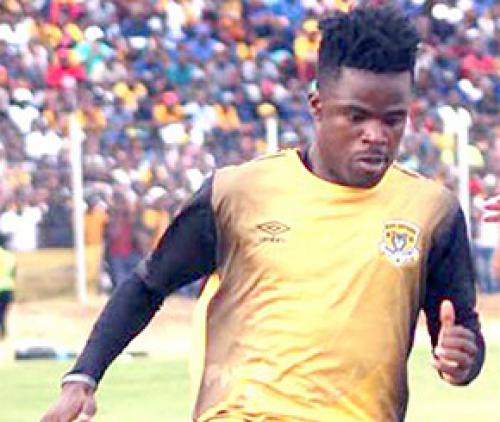 Lesedi Kapinga’s future as a player for Black Leopards is hanging in the balance. His contract with Lidoda Duvha came to an end on Tuesday this week. According to the player’s agent, Mr Moses Mudau, he had held a lengthy meeting with the management of Black Leopards on Tuesday regarding the future of Kapinga at the club.

Mudau stated that the two parties had finally agreed that Kapinga would continue to play for the Thohoyandou side in the team’s six remaining matches for the current soccer season. He further indicated that he would make an announcement shortly after Leopards’ last league match against Mamelodi Sundowns if Kapinga were still to be in Leopards’ colours next season.

According to Mudau, Black Leopards had offered Kapinga a new contract some months ago, and they were still scrutinizing the offer. He also revealed that they had received more offers from several clubs, including Kaizer Chiefs, Orlando Pirates, Mamelodi Sundowns, Cape Town City, and Tshakhuma Tsha Madzivhandila (TTM).

Mudau further stated that they would give Black Leopards first option because of the sound relationship they had had with the club over the past years. He described Kapinga as one of the best strikers this country had ever produced. He further said that a player of Kapinga’s calibre was not cheap in the market.

Born in Musina 26 years ago, Kapinga joined Black Leopards from TTM on a two-year contract in July 2018. TTM spotted him at Benny’s Care Academy. TT, as he is affectionately called, scored five goals in the 24 league matches that Black Leopards played this season. He scored one in their Nedbank Cup game against Amavarara FC at the Thohoyandou Stadium.