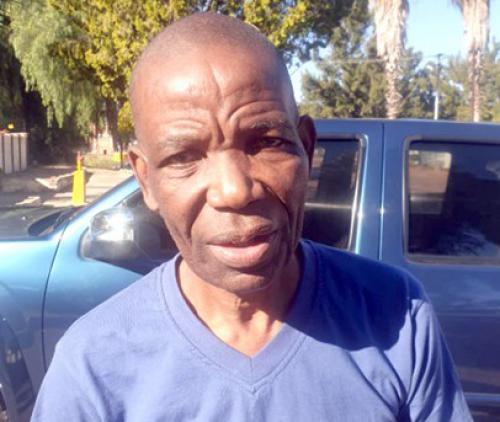 Soccer legend Tshisamphiri "Tshisa" Madima, motivator and developer of many professional players from around the area, is still playing soccer.

Madima started playing for the first division at the age of 16 for Phiphidi Waterfall Chiefs. He moved to Gwamasenga United Brothers and went back home where he and his brother, Masala, formed Masikhwa Young Stars. He was recruited by Shoes Tshilate to play for Shayandima Bob's Stars but had a fallout with the team and went on to join Makwarela United Scientists and, subsequently, NTK FC.

He went back to Bob’s Stars for some time before he joined Sibasa Black Leopards where he played until he left the game because of work commitments.

When he was still playing for Leopards, they were beaten by Ratanang Maholosiane in the final match for promotion to the PSL. "We almost made it to promotion. I was requested by my younger brother, Maanda Themeli, to come and help Tshiozwi Dynamos, and I obliged.”

Because football was in his blood, together with Mahlatsi Matlala they formed a departmental football team that was later called The Legend FC. “I still play for that team,” he said. Madima formed a team for legendary players, called Thohoyandou Stamina Free. “Later, with Nanana Masase, Chris Mahandana and Luambo Rathogwa, we formed a team known as Thohoyandou Masters, a team I am playing for up to today.”

Madima said he turned down offers to play to the following professional teams: Pretoria Callies, Witbank Black Aces, Kaizer Chiefs and Moroka Swallows. This happened when he was at the University of the North.

"When I went to the University of Natal, I was offered the chance to play for Durban City and Durban Bush Bucks. I could not accede to them as education was a priority.

He holds two master’s degrees in town planning and project management and owns his own town-planning company in Polokwane.

He encourages youngsters to focus when they want to achieve their dreams. Madima said that discipline was key, and education was of primary importance in their future. “Those who have talent, balance your football career with education. You do not play football until you die.” About his football career, he emphasised that the journey had been a long and fulfilling one.