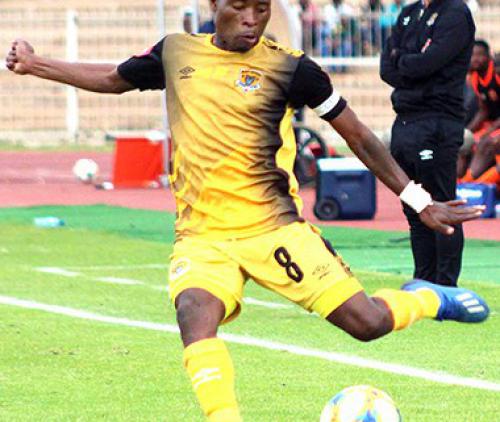 You either eat or else you will be eaten. This law of the jungle is relevant to the situation in which two Limpopo based Absa Premiership League sides, Black Leopards and Baroka FC, will find themselves tomorrow.

Lidoda Duvha and Bakgakga will meet in their all-important league clash at the Polokwane’s Peter Mokaba tomorrow afternoon.

Black Leopards and Baroka are in a similar situation. Both are not certain about their future as affiliates for the Absa Premiership League. The Thohoyandou side are in the second last position on the log standings while Baroka are one a step higher. They are tied on 20 points.

Black Leopards have a match in hand. Their outstanding match is against Bidvest Wits, with whom they will lock the horns at the Bidvest Stadium in Johannesburg next Tuesday evening, 10 March.

Baroka’s head coach, Mr Dylan Kerr, and the team’s slender striker, Ivan Mahangwahaya, will have a point to prove in their game against Leopards tomorrow. Kerr was the head coach for Black Leopards until the end of last season. Mahangwahaya was contracted to the Thohoyandou outfit for five years before his contract came to an end last season.

Both Kerr and his counterpart from the Leopards’ camp, Mr Allan Clark, agreed that the future of their teams as affiliates for the Absa Premiership League is likely to be decided tomorrow. The Leopards’ strikers, Xolani Ndlovu, Thobani Mncwango and the team’s captain, Thabo Matlaba, are expected to give the defenders for Baroka no time to breath.

In the other matches that will also be played tomorrow, Lamontville Golden Arrows will entertain Orlando Pirates at the Moses Mabhida Stadium in Durban. Bidvest Wits will host Chippa United at the Bidvest Stadium in Johannesburg. The other weekend fixtures are: Kaizer Chiefs vs Amazulu, Highlands Park vs SuperSport United and Cape Town City vs Bloemfontein Celtic.