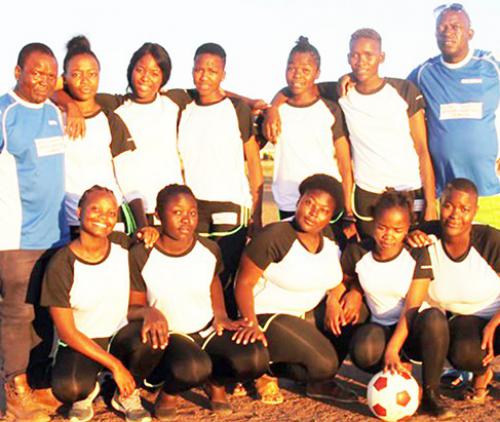 The handing over was held at the Magau grounds and was attended by many members of the community and traditional leader Vhamusanda Vho-Nndwamato Sinthumule.

The youths had been playing without proper equipment for a very long time. They could not believe their eyes when Sikhutshi donated the equipment to them.

Sikhutshi said that the donation was a way of giving back to the community. "I have been touched by the plight of the youths, who seemed committed and dedicated to sports, but lacked resources.” Sikhutshi stated that he felt obliged to assist the government in its efforts to fight crime, hence their decision to take the children off the streets through a sponsorship.

He said that he was looking forward to seeing the team produce players that would feature in the national team in coming years. "The sponsorship is a token of appreciation for the support we are getting from our local communities," he said.

Mr Bishop Musiamo of Magau United thanked Sikhutshi and other sponsors for developing soccer in the rural areas and said it was very wise for the owner to plough back what he received from the community. He stated that it was important that future stars´ talent should be identified at grassroots level. He said that the sponsorship would serve as a motivating factor to the players.

Vhamusanda Vho-Nndwamato Sinthumule described Sikhutshi as a selfless and caring community developer. He said it was painful to see that many businesspeople did not plough anything back into the community. According to him, many of the soccer stars of yesterday are now penniless after a life of glory.

He encouraged the youngsters to take education seriously and secure their future through education.