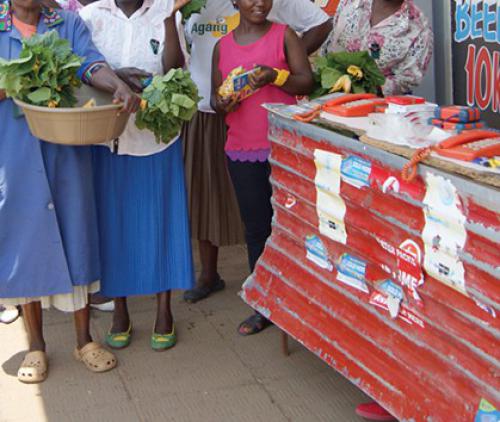 Some spaza owners and hawkers are concerned about the permit payment demanded by the Makhado Municipality for the renewal of permits during the lockdown.

Mr Ricardo Ramovha, who owns a spaza shop and car wash, said that his permit had expired last month after he had paid when the lockdown started. “My permit was valid until 6 May and now I must get another one. I was told I must pay for the renewal and I do not want to find myself on the wrong side of the law, because this is the only way for me to put food on the table for my family,” he said.

“I was told to pay R240 again and I paid, and then I was told to pay another R240 for the car wash, which operates from the same premises as the spaza shop.” He said that he deposited the money in the FNB account, and the officials had taken the deposit slip. Ramovha said that he was surprised that the amount he had paid did not show on the permit, leaving him with many questions. He said that he asked the officials for clarification why the money he paid did not show on his permit, but the office could not help him.

“We have realized that most of the people are going to the bank to deposit money without the due authorization from the municipality,” said the spokesperson of the Makhado Municipality, Mr Louis Bobodi. He said that people needed to visit the office of the municipality that deals with the issuing of permits first before making such deposits. Bobodi said that those feeling hard done by were free to consult the municipality. However, "we are going to investigate any complaints that have been flagged with us," he added.