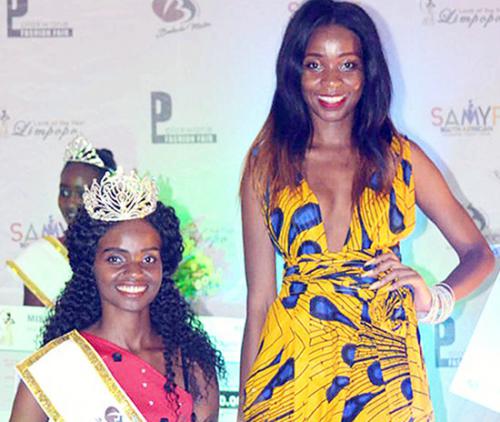 The crowning took place at Thohoyandou Arts and Culture Centre a fortnight ago.

A blissful Ramuedi said that she felt extremely excited, “though it still feels like a dream”.

The 25-year-old from Ha-Tshisele outside Thohoyandou said that it was a great opportunity to participate in the pageant as it uplifted her modelling career. "I really enjoy being on stage. The pageant boosted my confidence," she added.

She received R1 500 cash, a sash, a crown, a gift bag and flowers. Netshandama and Ratshili received R1 000 and R800 respectively.

In the teen category, Thovhedzo Netshimbilombilo was crowned the queen, with Vhulenda Mashila as first princess and Jessica Tshikhuthula as second princess. They received R1 000, R800 and R550 cash respectively.

The founder of the pageant, Milky Takalani Ramarumo, said that the pageant aimed to give young girls a platform to embrace who they are, boost their confidence and to be selfless. "We encourage them to participate in charitable events and embrace the spirit of giving back to their local communities," she added.