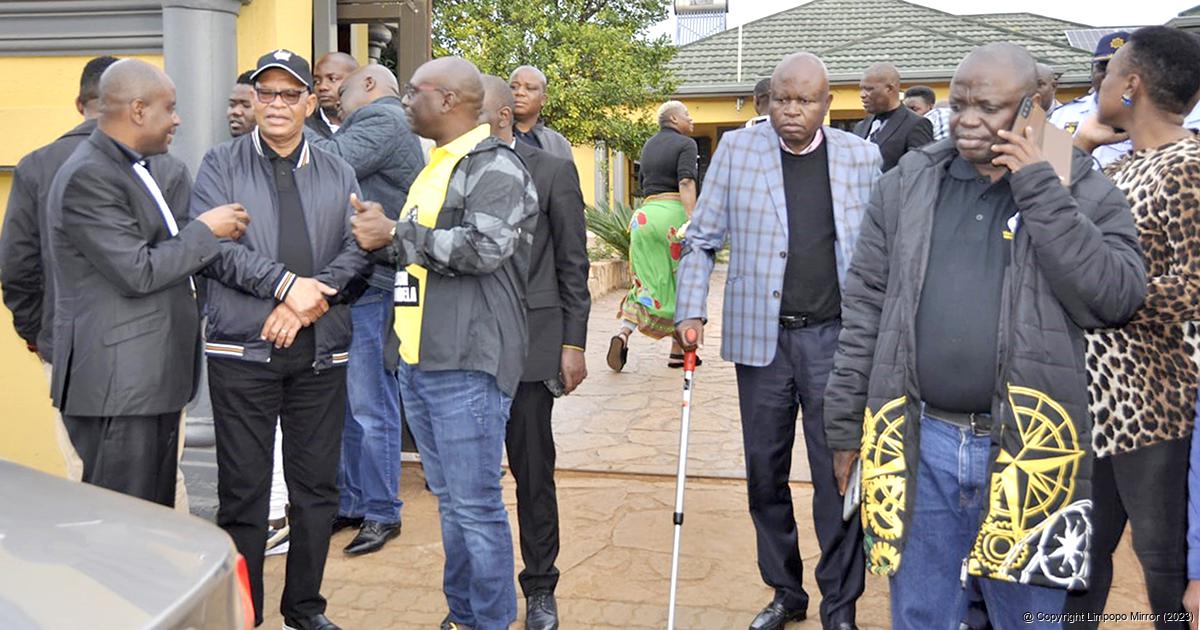 Did mayor Maluleke have a premonition about his death?

The late Collins Chabane mayor and Vhembe ANC’s deputy secretary, Cllr Moses Maluleke, who was shot and killed at his home at Shikundu last Thursday, seemed to have had a premonition about his death.

On the morning of that fateful day, Maluleke (56) attended an executive meeting. From there he and his entourage visited Mdavula village, where he extended his heartfelt condolences to a grief-stricken family who had lost four members in a gruesome accident. After this visit to the family, Big Moss (as he was affectionately known) insisted that his entourage stay with him a little longer. He bought everyone meat from a local carwash, where he spent a good deal of time with them, telling them old stories about his life journey.

When he finally returned home with his 18-year-old son much later, they were ambushed by their attackers. According to the police, three suspects cornered them and demanded money before they fired shots at them, seriously injuring the son (who is recuperating in hospital) and killing Maluleke.

The moment the news of his death started circulating, Maluleke’s home at Shikundu village in Malamulele turned into a beehive of frantic activity, with mourners and dignitaries arriving to express their shock and condolences. Among those who visited the family was Limpopo Premier Stan Chupu Mathabatha, who was accompanied by members of his executive council, high-ranking ANC officials in the mould of the Limpopo secretary Vhamusanda Vho-Reuben Madadzhe, mayors, and the Deputy Police Minister, Cassel Mathale.

Mathabatha urged the community not to speculate but to lend their support to the police by giving them space to conduct their investigations. He said that the issue of security for top officials would be deliberated, following the killing of the mayor.

The family spokesperson and brother of the deceased mayor, Mr Eitken Maluleke, said the incident had broken their hearts. “Big Moss was one of the family’s pillars. He was full of love; a peace-loving person who did not deserve to be killed the way he was. We are deeply saddened, and our hearts are bleeding, but we have put everything in the hands of God and the police,” he said.

Mr Robert Mathye, spokesperson for the Collins Chabane Municipality, who worked closely with Maluleke, said that the mayor had said his goodbyes to them before his death. “On Thursday, he did a very unusual thing when he insisted we all go to Chisanyama to braai some meat. He usually avoided places where there were many people. We stayed there for some time, and he told us many stories about his life. Little did we know that it was a way of saying goodbye to us. Later that evening, we heard the shocking news about his death. We are still in shock, but we hope the police will do their work and bring the perpetrators to book,” Mathye said.

The Provincial Police Commissioner Lt Gen Thembi Hadebe, who visited the scene on the night of the shooting, immediately assembled a task team, led by a senior officer, to probe the incident. Intensive investigations are currently underway.

Alternatively, contact the Crime Stop number on 08600 10111, the nearest police station or MySAPSApp. Callers may opt to remain anonymous, and any information received will be treated with strict confidentiality.