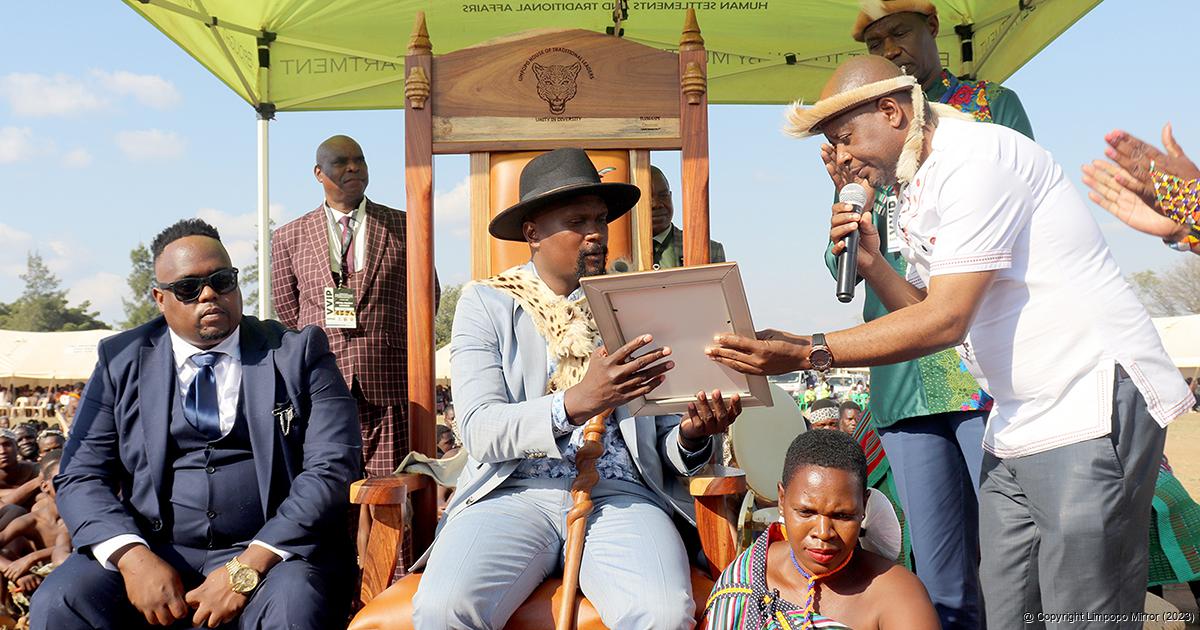 Tshedza is the Tshivenda word for “bright” and, going on its meaning, many believe that Netshimbupfe will lead the rural communities under the Tshimbupfe Tribal Authority into brighter days.

Netshimbupfe succeeded his late father, Thovhele Vho-Vusani Netshimbupfe, who died in 2013. The Tshimbupfe Tribal Authority has been without a leader since then, and that is why the inauguration was so significant.

“We are here to recognize Thovhele Netshimbupfe as he has been appointed as the senior traditional leader by the royal family. We as the government … can only recognise what the family has decided,” said MEC Makamu.

Makamu encouraged the royal families to refrain from taking traditional leadership disputes to court, but to rather resolve them peacefully. “This is not the African way to resolve disputes and division. As government, we want to preserve and protect our special culture. We urge you to help us by working together as royal families, discuss matters and remain united.”

Makamu also warned members of the communities from interfering with issues related to royal families. “This is unacceptable and must not be promoted. Matters of the royal families must be left strictly to the royal family. I call upon community members to respect these and other traditional customs.”

He further told Netshimbupfe that much would be expected of him by the royal family and community. “You will be leading, but I believe that you were born for this responsibility and therefore you are more than ready for the work ahead,” Makamu said.