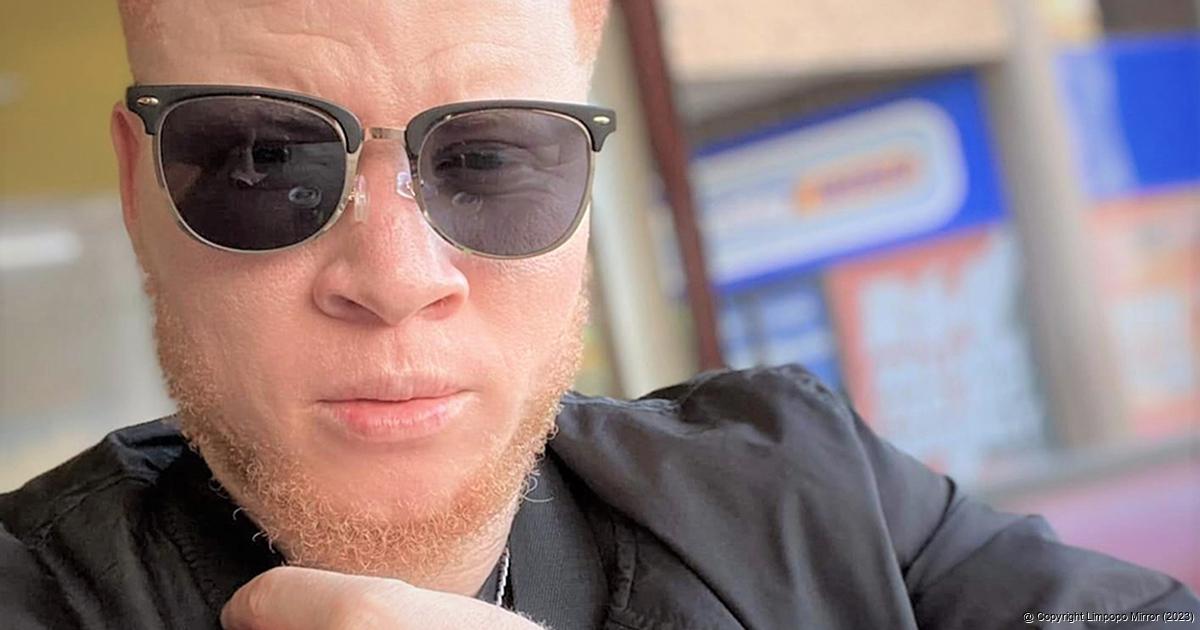 Boitumelo Tevin Mainganya, also known as Gaddafi the Poet, is an activist for people living with albinism. Photo: supplied.

'Do not frown upon people who suffer from albinism'

Boitumelo Tevin Mainganya, who is an activist for people living with albinism, has made an appeal to the public not to discriminate against those who suffer from albinism.

Mainganya spoke to Limpopo Mirror on Tuesday, 13 June, which was also International Albinism Awareness Day, saying that people who live with this condition are normal human beings like everyone else.

Mainganya, who suffers from albinism himself, was born and raised at Ha-Mulima outside Louis Trichardt. He is an ambassador for Golekane, an initiative aimed at eradicating gender-based violence and femicide, and has made a name for himself as a public figure. After he finished school at Filadelfia High in Pretoria in 2012, he went to South Korea to study creative writing and movie critique. He then enrolled with the University of Limpopo to study information science and completed his honours degree in 2016.

Also known as Gaddafi the Poet, Mainganya started writing poetry while he studied for his degree. “That was where I joined the student’s poetry club and realised that poetry was not just an art for me, but a way to express my views and reach out to others. The University of Limpopo’s student magazine, Ke Yaka, started publishing my poems and I performed at most of the university events, which is where I earned the title of resident poet,” he said.

He remembers how difficult growing up with albinism in a rural setting was. “It was a hustle because, firstly, you have to deal with people who lack information and knowledge regarding albinism. Name calling, discrimination, stigmatisation and mockery were part and parcel of my daily life, and it impacted negatively on my confidence and self-esteem. Though my family and friends gave me support, some of the community members gave me the cold shoulder and never understood how a person living with albinism was supposed to be treated. For instance, school mates couldn’t understand the fact that I am short-sighted and had to sit in the front row in the classroom.”

Mainganya said he personally only started to understand albinism in 2005 when he went to Siloe School, a primary school for people living with albinism as well as total blindness. “My mindset changed positively, because I lived with people who had the same condition as mine, and I started taking good care of myself, given the warmth and friendship I received from fellow school friends.”

Besides being an activist, ambassador, public speaker and poet, the man is also a dancer, model, DJ and master of ceremonies. He has performed at various big events, such as the Nelson Mandela Centenary Celebration, hosted in Bahrain in the Middle East. He wrote a tribute poem to the late music legend, Mandoza, which was read live at Mandoza’s funeral by the then Deputy Minister of Arts and Culture, Rejoice Mabudafhasi, in 2016.

Mainganya has also performed at Macufe, one of the biggest cultural festivals in the country in Bloemfontein, sharing a stage with legends such as Gcina Mhlophe. He has also been featured in a number of music videos, including the top-of-the-charts hit Oe batla kae music video of Deejay Ganyani Entertainment.