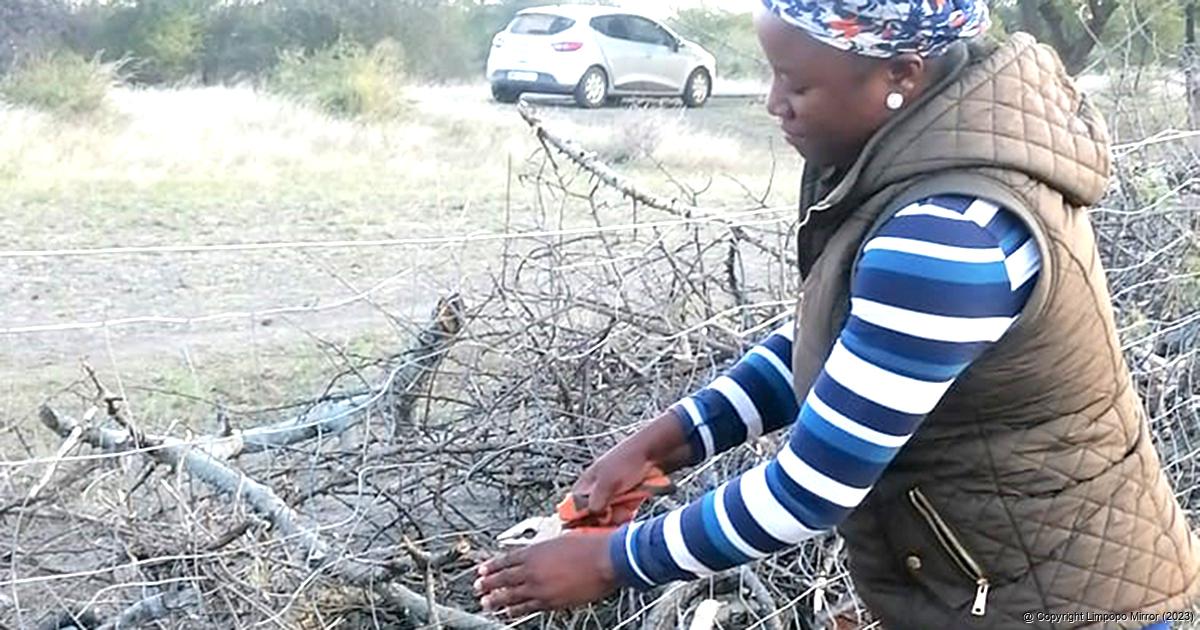 Local farmer Gudani Munyai fixes some of the farm fences that were destroyed by the elephants. Photo supplied.

Roaming elephants a real threat for residents in Mutale

Stray elephants have become a regular feature at Sigonde and surrounding villages in the Mutale area. Because these villages are situated so close to the Kruger National Park (KNP) and the Zimbabwean border, from where they are assumed to break through broken fences, villagers are frequently confronted by these giants, who often wander into the streets and pose a danger to the communities.

Rumours did the rounds about another herd of elephants being spotted in the area recently. Although residents said that they had not attacked anyone, the Limpopo Department of Economic Development, Environment and Tourism was called in once again to send their rangers from the KNP to relocate the animals.

In December 2019, an elephant was killed by rangers at Sigonde when it troubled the community. Many of the locals are still traumatised by incidents where people had been trampled by these great beasts. Elephants, however, are not the only wild animals that regularly escape through broken fences and run wild in search of greener pastures. In April of 2021, lions were seen in the area, which caused a frenzy among villagers.

One of the local farmers, Ms Suzan Radzuma, said that roaming elephants had destroyed her crops. They came so close, she said, one stood right next to her house. According to Radzuma, many local farmers fall victim to elephants destroying their crops. She calls on the department to see to it that the fences get reinforced. “I am very worried, because that thing is very dangerous,” she said.

Mr Oscar Manyuha, who is also from the area, said that residents worried about elephants that wandered into their village, seemingly after having crossed the Zimbabwean border. He said the problem was the lack of a border fence between the two countries on the eastern side. “These elephants move in from Zimbabwe to our area. They destroy our fields, which costs us a lot of money.”

Manyuha said the wild animals made residents feel unsafe and scared. “Our lives are in danger. We do not feel safe at all. We had to run for our lives after we saw the elephants here in our streets.”

Another local farmer, Ms Gudani Munyai, said that the roaming elephants had destroyed her crops on her farm and damaged her farm fence. She appealed to the department to send the rangers urgently to look for the elephants that are giving them sleepless nights.

Mr Zaid Kalla, spokesman for the Limpopo Department of Economic Development, Environment and Tourism, said that they were aware of the elephants in the area. He said that a team of rangers had traced the elephants and that they had been moved back across the Zimbabwean border.

He added that the rangers were staying close by to monitor the situation. “We call on residents to call the community leaders, should the elephants be spotted again,” he said.