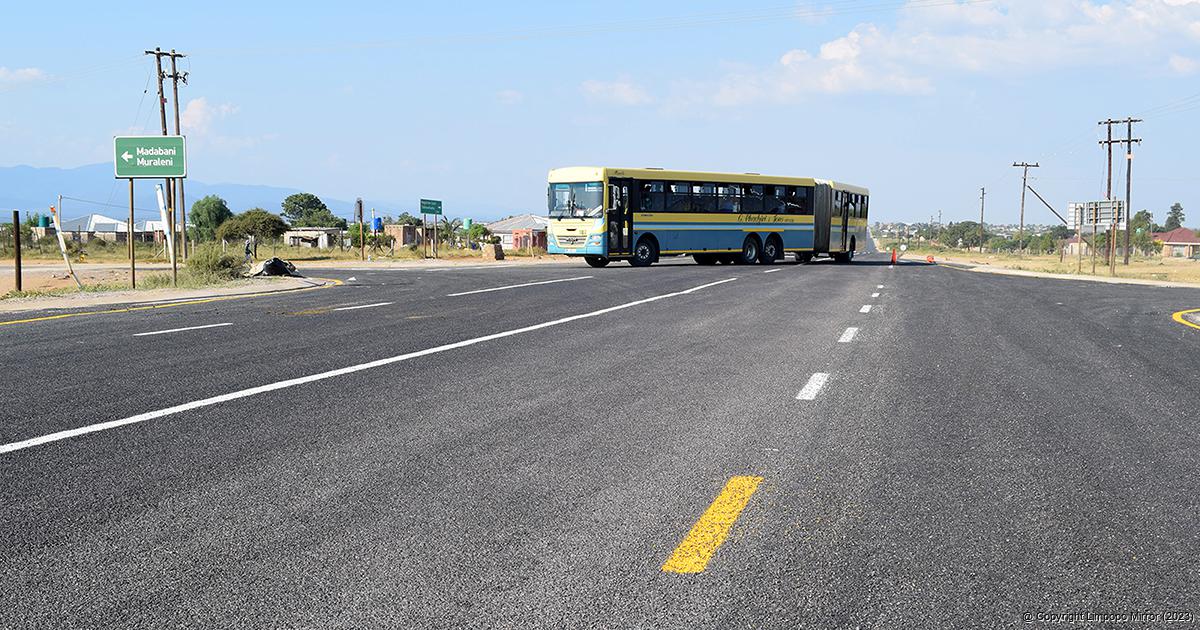 Phase 1 of the D3715 road was reopened on 7 May. Photo: Kaizer Nengovhela.

Residents of Sinthumule/Kutama were exuberant when the 3,5 km rehabilitated D3715 road from Madabani to Madodonga reopened for motorists on 7 May.

The D3715 road had been the cause of numerous fatal accidents over the past few years. R30 million was set aside to fix it, and the project was divided into two phases. The first phase involved the road between Madabani and Madodonga, and the tender was awarded to Mazaxa Construction and Projects. Work commenced on 17 January this year. This phase, costing R8 million, was supposed to be concluded by the beginning of April this year, but because of rain, construction was delayed and only finished at the end of April.

The remaining R22 million now goes into the second phase of the project, which involves the five kilometres from Madodonga to Tshikhodobo.

The Sinthumule/Kutama Crisis Committee chairperson, Mr Elijah Liremi, said that the road would make things easier for Kutama residents. He said they were very excited about the government’s commitment to uplifting conditions for people in rural communities, but that more still needed to be done in the second phase of the project.

“We are worried about the poor state of the remaining 5km stretch of road, which is filled with potholes too. It is becoming difficult for buses and taxis to ferry commuters as it is,” he said. “It took the government very long to finally answer our pleas, but now we appreciate the good work the contractor has done. They worked at a satisfactory pace too.”

Kutama resident Mr Alugumi Muofhe had used the old, potholed road for many years. He said that the bumpy, potholed road had damaged many cars. “I started using this road before it even had a bridge years ago,” he said. “Some people could not go into town to work or arrived late for work because the road was so bad. Cars had to move very slowly on this road.”

Taxi driver Mr Shilenda Bazela said that to finally have a proper main road was a true victory for motorists and residents from the area. “Even pupils had a hard time using this road because the people who ferried them to and from school always complained about the road’s condition. I am very happy now that the community does not have to worry about the road when it rains hard anymore, and bumpy rides will be a thing of the past,” he said.

Thovhele Vho-Vele Kutama said they welcomed the reopening of the road, which gave an indication that the government would render more services to the area in the future. He appealed to the authorities to speed up the appointment of the new contractor responsible for the second phase of the project.