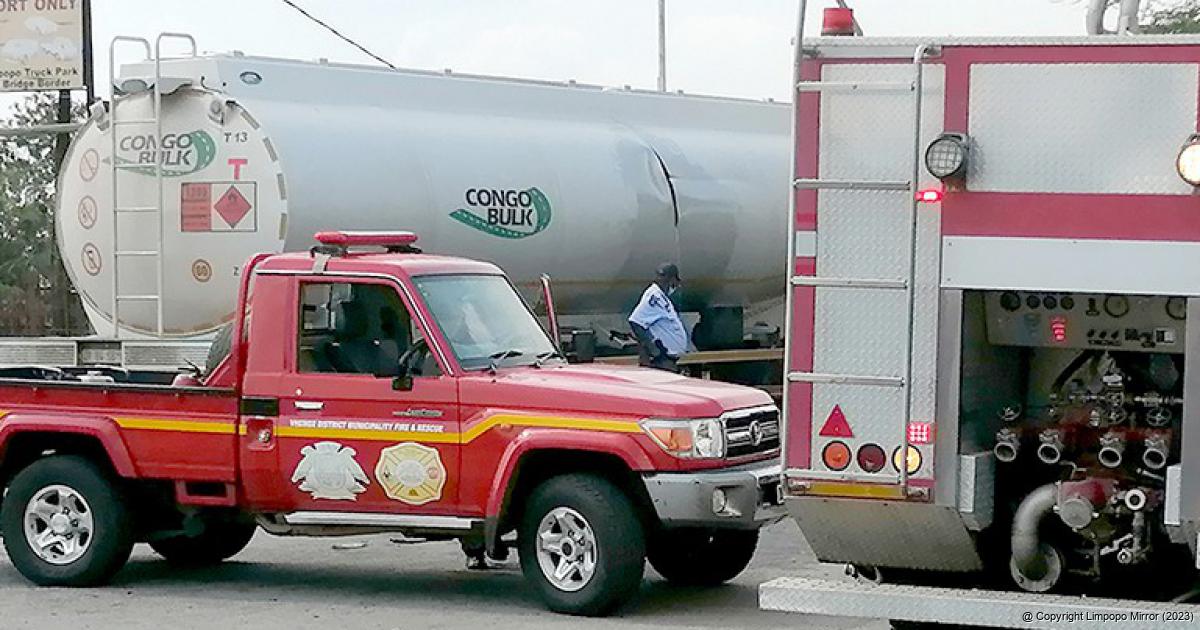 A diesel truck entering South Africa at the Beitbridge Border Post on Monday, 13 December, nearly caused a fatal accident when the driver apparently changed his mind and decided to make a sharp U-turn right at the entrance/exit gate and collided with another truck transporting vehicles. According to eyewitnesses, the other truck was not damaged. The drum of the diesel truck, however, got ripped open on one side during the collision and the police had to chase people away who came running with 20-litre containers to take advantage of the situation as diesel oozed from the truck. After about 40 minutes, two fire brigade vehicles arrived at the scene and the diesel gradually stopped oozing out.

Panic at border when soldiers arrive

A game of cat and mouse ensued at the Beitbridge Border Post on Monday, 13 December, when the South African National Defence Force (SANDF) showed up to take charge at all the illegal routes between South Africa and Zimbabwe that immigrants use to get in and out.

Zimbabweans who cross into South Africa to buy groceries or run their various food stalls at the border post suddenly found themselves with their backs against a wall when everyone was forced to go through the legal entry/exit point. This soon caused great consternation as it became clear that most visitors, shoppers and food-stall operators did not have the required travel documents.

“Soldiers are on their way to the food stalls next to the exit/entrance gate. Should we leave everything and hide or run away?” Limpopo Mirror’s correspondent heard a woman, who runs a food stall, ask amid this ‘invasion’. In the end, she decided to abandon her stall.

Two uniformed soldiers appeared next to where the correspondent was observing the ongoing fiasco between the SANDF, SAPS and Zimbabweans. The soldiers instructed one of the food-stall operators to pack up. As they moved further north, Zimbabweans could be seen ducking and diving, hiding in, behind or on top of parked trucks.

In no time, four police vehicles appeared from the border post, driving towards the Shell garage. Several Zimbabweans were crowding next to a dumping area that had been cleaned by Musina Municipality only last week. One by one they sneaked into the bushes, heading west.

For many Zimbabweans who, only a few days ago, had still found moving around between these borders via illegal routes fairly easy, the situation has now clearly changed drastically.

Limpopo Mirror visited Beitbridge Border Post on Monday to hear what measures Minister of Police Bheki Cele was going to implement at the border over the festive season. Cele, along with national, as well as provincial SAPS management teams, led by the Provincial Commissioner of Limpopo Lieutenant General Thembi Hadebe, was expected at the border on this day to assess the effectiveness of the Safer Festive Season Inspection Tour, but because of the Minister’s tight schedule, he could not make it.

The visit forms part of efforts by the South African Police Service to channel resources to areas where they are most needed, to ensure the police deal decisively with crime during the holiday season.