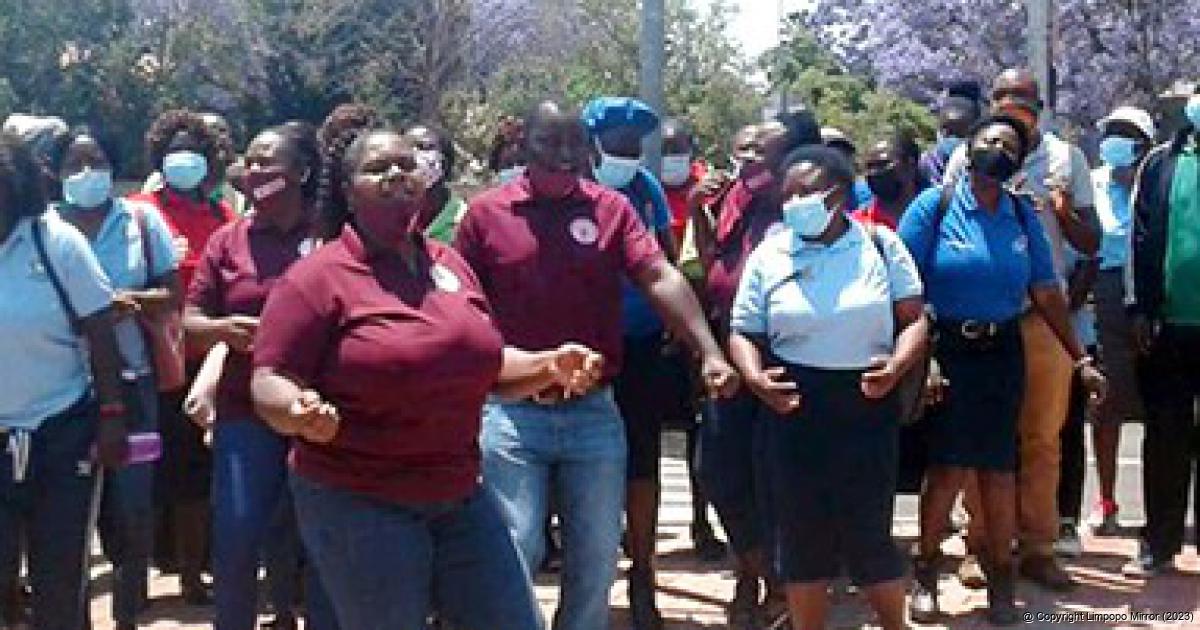 Vhembe Civil Society Network's members marched to the Department of Social Development (DSD) in Polokwane on 29 October, where they handed the DSD a memorandum of grievances and concerns.

Victim Empowerment Programs get cold shoulder (and no money)

Vhembe Civil Society Network (VCSN) - a coalition of about 23 victim-empowerment organisations within and around the Vhembe District Municipality whose mandate is to fight gender-based violence - marched to the Department of Social Development in Polokwane, where they handed over a memorandum of grievances and concerns on 29 October.

The VCSN, who has been in partnership with the Department of Social Development in the district, said that over the years they had been affected by the way funds were being channelled to NGOs that had contracts with the Department of Social Development. They were not happy with late payments from the department to victim-empowerment programmes that depend on the funds to provide essential services.

The memo reads: “We are supposed to be paid in advance before the beginning of each quarter but instead we are paid in arrears. In this regard, please be reminded that, as NGOs, we don’t generate any income, so it is not possible to borrow money elsewhere to provide for essential services while we are still waiting for the release of tranches from the department.”

They provided an example where the district office told them that the Vhembe VEP Sector had not been budgeted for and that matters were going to be worse next year. They (VCSN) demand to be paid in advance to avoid services’ being compromised. “The Department has contravened … the Service Level Agreement (SLA), which stipulates that the department has undertaken to make funds available to NGOs rendering services per submitted approved business plan,” the memo further reads. “It is again our demand to be paid two tranches at a go, for the previous and current quota.”

The VCSN is further concerned by the lack of proper communication from the department, where they make decisions without first consulting the NGOs. These decisions often affect the NGOs. They raised the issue of maltreatment by the department. “We have over the years always been treated with disrespect, just like last year when there was 15% cut on the payments to NGOs, and these were never communicated to us,” it continued. “This time around, the department has not paid out our previous tranches, which were supposed to be paid in the first week of July and in the first week of October 2021. As far as we are concerned, we were just notified last week that the VEP Sector has not been budgeted for and the Provincial Office will have to re-allocate the budget first.”

“The money which we are receiving doesn’t even carter for the cost of living and will not address the minimum wage which has been imposed by the government, even if organisations have applied for exemption,” said VCSN chairperson Mr Tshilidzi Masikhwa. “We cannot afford to pay employees R3 300 per month with the money we are getting from the department. It is sad to notice that the department gives preference to crèches and home-based cares who have basic salaries of about R3 300.”

Masikhwa added that the fact that the frontline personnel assisting victims of GBV got paid less than R1 000 per month was appalling. “GBV is now a priority for everyone as echoed by our president, Mr Cyril Ramaphosa,” the memo said. “We have noticed that other districts such as Mopane are not encountering the same challenges as Vhembe District. As a result of raising the same concerns for more than 10 years, we have resolved to a total shutdown until our MEC takes note of our concerns.”

The VCSN handed the memorandum over to the DSD and demanded a prompt reply within seven working days. Failure to do so will result in a total shutdown of the VCSN-affiliated organisations’ offices and all offices of the DSD in the entire Vhembe District, they warned.

The Department of Social Development’s spokesperson, Mr Witness Tiva, confirmed that the memorandum was received. He explained that the DSD was badly affected by the Covid-19 pandemic and as such they were unable to budget and release funds to the NGOs. “However, we are trying by all means to ensure that this matter gets addressed as soon as we can, and when we do that, we will involve the affected parties,” he said.