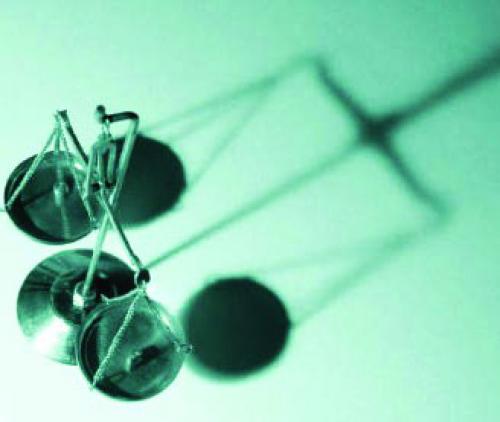 The Judge President of the Limpopo High Court’s gripe with four lawyers, accused by him of trying to “capture” the court, has led to an impasse, with other judges refusing to deal with these lawyers in court.

The matter has been referred to the Judicial Services Commission for possible investigation.

The issue goes back to June 30 last year, when Judge President Ephraim Makgoba called for a meeting of the judges of the Limpopo local division of the High Court in Thohoyandou.

Details of what transpired at the meeting are captured in a memorandum compiled afterwards by the judges present. According to this memorandum, Makgoba told them during the meeting on 30 June that “this court, this division here in Thohoyandou, this court has been captured by certain legal practitioners”.

One of the judges asked whether a complaint lodged by a local legal practitioner was documented. Judge Makgoba allegedly confirmed this and pointed to a bundle of documents he had with him. Makgoba then named the practitioners responsible for the “capturing” as Netshipale Attorneys, Advocate Kevin Maluleke, Anton Ramaano Attorneys and SO Ravele Attorneys.

“They think they own this place ... they must be shown that we are not going to fear them neither do they own this division, this is a court of justice and not a playground ... they even have the audacity of deciding their own time... when to litigate and to choose when to set their matters down,” Judge Makgoba said.

One of the judges then enquired if the “capture issue” referred to a “rotten apple or the entire tree”. In response Judge Makgoba said “ya ja leotsa e fetetsa tse dingwe” (“one rotten potato spoils the other.”)

While some attempts were made to resolve the issue, judges in the division apparently felt uncomfortable dealing with cases where the lawyers named by Judge Makgoba were representing clients. As a result, at least one case was removed from the roll in the appeal division of the court.

The matter became public when, on 18 March this year, judges ALM Phatudi and Khami Makhafola ruled in an appeal application in the Limpopo division of the High Court. The application was brought by attorney Anton Ramaano, one of the lawyers being accused by Judge Makgoba of trying to “capture” the High Court. He appeared on behalf of his client, Tshioma Matamela.

This case had earlier been removed from the roll because the judges felt that they could not deal with it.

In their ruling, Judges Phatudi and Makhafola decided that the case should be heard by the Supreme Court of Appeal. They gave a detailed account of the circumstances that caused them to refer the matter to another court. They said that such a ruling was in the interest of impartiality, equality and the integrity enshrined in the office of the Judge and the administration of justice.

The two judges criticised the Judge President, saying his actions constituted “a contravention of the provisions of the Constitution in respect of the Office of a Judge and impacts the core of judicial authority of the judges concerned.”

The case in question dates back to 2016 and involves a dispute between David Masilo Mulaudzi and Tshioma Matamela, both of Thohoyandou. Matamela occupied a house owned by Matamela in Thohoyandou Section P East.

According to court papers, Mulaudzi had allowed Matamela and her children to live rent-free in the house since 2004. During this period she renovated the house. But, around 2015, Mulaudzi and Matamela had a fallout and he asked her to move out. She was not keen to do this and Mulaudzi obtained an eviction order, which was contested and the matter ended up in the Thohoyandou Magistrate’s Court.

Magistrate Nemutandani heard the matter in 2018 and ruled in favour of the owner of the house, Mulaudzi. Matamela was given up to 31 October 2018 to vacate the premises. Her legal representative, Ramaano, took the case on appeal to the Limpopo division of the High Court.

On 18 September the appeal application came before the judges of the High Court, but the judges refused to hear the parties. It was placed on record that the Judge President had minuted in a meeting the complaint that “the judges of this division have been captured by among others Ramaano Attorneys Incorporated”.

“The complaint is still under investigation. Due to such serious and vicious allegations against the judges of this division this appeal court is unable to deal with this appeal.”

A clearly flabbergasted attorney Ramaano voiced his objection: “That is a shocking incident which I have never heard (of) before,” he said. The case was removed from the roll. Ramaano subsequently tried to get to the bottom of the “capture” allegations. He filed papers on behalf of his client requesting permission to appeal to a higher court, and also to be furnished with reasons as to why the case was struck from the roll.

The appeal application came before court on 18 March 2021 and in their ruling judges Phathudi and Makhafola explained what had happened the previous year, which they said had prompted them to not hear the case.

A judge on a mission

Between 16 and 18 October last year several letters were written to Judge Makgoba, requesting clarity on the “capture” issue. Makgoba requested the judges of the High Court to make input and a memorandum was compiled which was sent to him on 28 October.

In the memorandum, the judges spell out the uncomfortable situation that had arisen following the capture allegations. They argue that the utterances of the Judge President affected their impartiality.

Judge Makgoba responded, promising a meeting after the return of Judge Phatudi, who at that stage was on long leave. When Judge Phatudi returned on 18 January, the registrar could not locate the whereabouts of the file. “The registrar was directed to create a dummy file to enable us to deal with this application. The delay is regretted,” the judges later explained.

Judges Phatudi and Makhafola finally made a ruling on 18 March, giving permission for the Matamela case to go to the Supreme Court of Appeal. They ruled that the capture allegations trampled on the litigant’s constitutional right to access courts. “Every litigant in any lawsuit has a right to choose and instruct a legal practitioner of his own choice. A litigant has a right to be heard,” they said in their ruling. The judges agreed that such a litigant has the right to “be legally represented by the legal representative of her own choice.”

The judges were clearly concerned about the capture allegations, mentioning in the ruling that this is interpreted as a situation where officials “are geared into making decisions in favour of the ‘capturer’ upon receipt of gratuities or gifts from such alleged capturer. Do judges of this division fall within that category? If so, then the Judges of this Division would bring the administration of justice and the judiciary into disrepute. An investigation by the Judicial Services Commission is inevitable. We agree. We, however, do not fall within that category.”

The registrar of the court was ordered to send a copy of the judgment to the Limpopo office of the Legal Practice Counsel (LPC) and to the Judicial Services Commission (JSC).

Questions were sent by the Limpopo Mirror to Khomotso Matsaung of the LPC, asking whether the LPC is investigating the matter. She responded by requesting more information about Limpopo Mirror’s “complaint”. After pointing out the questions were a media inquiry about a High Court ruling, Matsaung requested more detail and undertook to look into the matter. She did not respond again, despite follow-up messages.

Questions sent to the JSC elicited no initial response, but were then referred to spokesperson, CP Fourie. He responded telephonically saying that his term of office was ending and that he could not comment on the matter.

But Fourie explained that such complaints would normally be referred to the Chief Justice, who would consider the merits. If it was deemed to be serious it would be referred to a Judicial Conduct Commission for a recommendation.

Fourie said that he was not aware of an official charge being filed, but he believed that the judgment sent to the JSC would serve such a purpose.