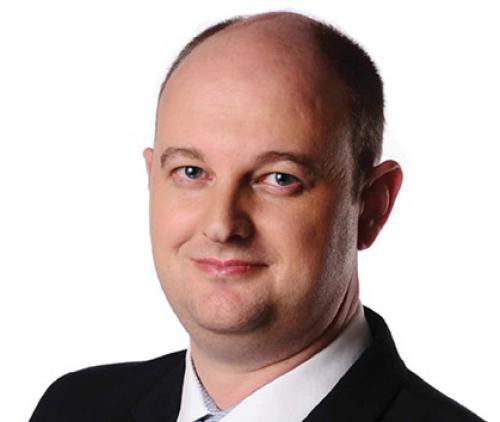 The first set of orange overalls for the VBS Mutual Bank looters was handed out on Wednesday, when the bank’s former chief financial officer, Philip Truter, was sentenced to an effective seven years in prison. His sentence should cause a fair amount of panic among the other accused, as well as Limpopo politicians who are in the crosshairs of the prosecuting authorities.

Truter painted a fairly lonely figure on Wednesday morning when he appeared in the Specialised Commercial Crimes Court in Palm Ridge. As expected, he pleaded guilty to the charges against him and will turn State witness. He was sentenced to 10 years’ imprisonment, of which seven are direct imprisonment and three years have been suspended for five years.

Truter pleaded guilty to accounting fraud, admitting that he had falsely inflated assets owned by VBS Bank. He admitted that he had accepted R5 million, which was nothing less than a bribe. He was also found guilty of money laundering, in that he assisted in paying money to companies as part of proceeds from the money stolen from the bank.

The other accused were expected to appear in court on Thursday (8th).

More names will presumably be added soon to the list of the accused. Earlier this month, the Mail & Guardian reported that the Hawks were about to arrest several ANC politicians who had assisted in the looting. The politicians had allegedly used their influence to get municipalities to move investments to VBS Mutual Bank. The municipalities, acting against instructions of the national treasury, lost hundreds of millions of rands in the process.

When the Reserve Bank stepped in and VBS was eventually liquidated, some R2,5 billion in deposits from the government and community schemes (which included stokvels of poor pensioners) had already been looted.

Philip Truter was seemingly never regarded as a “mastermind” or big influencer in the VBS looting. Seemingly, his lack of financial discipline eventually caused his downfall. In the Terry Motau report, some detail is provided on how he was used by the others to sign off on dodgy deals and arrange payments.

WhatsApp messages between the former treasurer of the bank, Phophi Mukhodobwane, and the VBS chairperson, Tshifhiwa Matodzi, indicate that they initially tried to bribe him with R10 million. Somehow, only R5 million of this ended up with Truter. An amount of R2 million was paid into an account of a company, Shangri-La Investments, of which he was the sole director, on 20 November and 15 December 2015.

Truter apparently used the money to “come out of the red”, which confirms testimony of colleagues that he was prone to making debt that he could not repay. Unfortunately, he became greedy and invested R600 000 in Bitcoins (which he later sold at a huge loss). He invested the remainder of the money in investment accounts and shares at PSG.

Even before he was paid the bribes, Truter signed a vehicle-finance agreement with VBS and bought an Audi A5 Coupé 2.0 for R613 593. VBS also financed another of Truter’s vehicles for R308 501 and a property in Randburg, Gauteng, for R2,2 million.

Truter clearly tried his best to negotiate a favourable deal with the prosecutors. The charges he pleaded guilty to normally carry a minimum sentence of 15 years. Truter originally faced 22 different charges, and if his testimony is judged not to be genuine, some or all of these charges may be reinstated.

Part of the negotiated deal means that Truter will be held in a single cell “for safety reasons”.