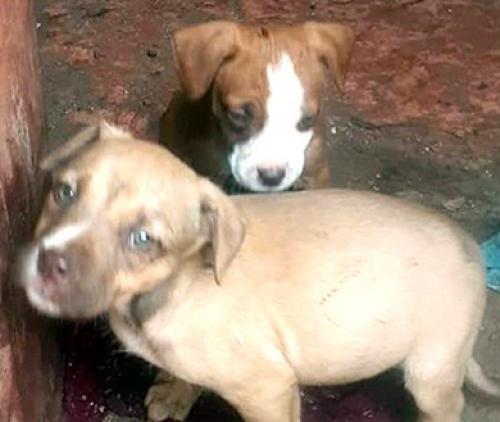 The brindle puppy of Kaizer Tshikosi that died shortly after he had taken it to a veterinarian in Sibasa.

You can't claim back money for a dead puppy

A resident of Thohoyandou learned the hard way that you cannot claim back money spent on a veterinary bill if your pet dies. You must accept that the money, like the pet, is gone.

Kaizer Tshikosi took his six-week-old puppy to the veterinary clinic on 11 September this year. He arrived there at around 15:00, only to find that the clinic was already closed. He was advised to visit the private veterinary practice of Dr Rangani, some five kilometres away.

Tshikosi said that he was quoted R700 to admit the puppy. This amount, however, quickly went up to R1 000 and then to R1 450. “I had to e-wallet him (the veterinarian) the R500 that very moment, but he insisted that I should pay everything. For the sake of saving the life of my puppy, I had to rush to people nearby to loan money,” said Tshikosi.

The following day, Tshikosi visited the veterinary office, only to find out that his puppy had died. “All I need is my R300 accommodation fee for my puppy. The puppy was at the clinic for only a day and it passed on,” said Tshikosi.

Tshikosi was also upset about the fact that he had to pay for a private consultation when Dr Tembudzani Albert Rangani, who treated the dog, is the state veterinarian.

Dr Rangani explained to Limpopo Mirror that he has the necessary permission to operate his own private practice. He applied and was granted permission from the government to do such work outside normal office hours.

As far as Tshikosi’s claim that his money be refunded is concerned, Rangani said that he had treated the puppy. The dog had unfortunately died, but costs had been incurred. He said that if Tshikosi had asked for a refund of the accommodation fee he could have refunded him, but Tshikosi had demanded that all the money be paid back.

Dr Lucas Mampane, director of Veterinary Services in the province, was asked whether state veterinarians could run their own private practices. He said that they were not allowed to do such work during office hours, which are from 07:30 to 16:30. Dr Mampane said that they had received a complaint from a Thohoyandou resident and were busy investigating. The preliminary finding is that Dr Rangani was on leave during that period.