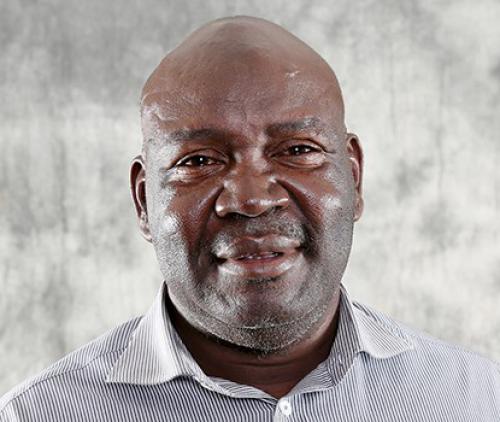 One of the longest-serving councillors of Musina Municipality, Cllr Gift Phiri (52), unexpectedly died last week after a short illness.

Phiri was the ward councillor of Musina’s Ward 1, which includes some farming areas and parts of the villages. He was chairperson of the Portfolio Committee of Corporate Services and a member of the Municipal Public Accounts Committee (MPAC). He was laid to rest at Musina on Tuesday (8 September).

After leaving the South African National Defence Force (SANDF), Cllr Phiri served his first term as a councillor from 2006 to 2011 under the leadership of the then mayor, Caroline Mahasela. His second term was from 2011 to 2016 under the former mayor, Carol Phiri. At the time of his death, he was serving his third term under mayor Mihloti Muhlope.

When paying tribute to Phiri, Mayor Muhlope said his death had come as a shock to all. “He left us at a time when we needed his experience most. We would timeously consult with him on governance issues because he had been in local government for years. His sudden death is a terrible blow to the municipality, which he served with dedication and diligence.”

Muhlope said that, instead of shedding tears, going down memory lane and remembering the good things that Phiri had done for his community while he had still been alive were important. “We begin to remember not just that he died, but the fact that he lived and that his life gave us memories too beautiful to forget. The developments that we see here today were championed by heroes like him. Musina will no longer be the same without him. Indeed, we mourn his death with painful hearts that will take a long time to heal.”

Political parties represented in the Musina Municipality also paid tribute to Phiri. On behalf of the ANC, Cllr Siyaphi Shirilele said: “As an organization, we have lost a dedicated cadre who had a great wealth of experience of local government systems.”

Representing the Economic Freedom Fighters, Cllr Edward Mamafa said Phiri had been a good colleague who had always been hands on in the issues pertaining to service delivery. “We served together in the MPAC and he was a dedicated colleague. We will miss his expertise and his dedication of being a servant of the people.”

Elliot Magwira of the Democratic Alliance said he was equally shocked by the passing of Phiri. “Besides working together in council, we were very close. We spent some time together a few days before he died, not knowing that it was a last goodbye. We have lost a great man indeed.”

Speaking on behalf of the family, Grace Phiri said they were devastated to have lost a pillar of strength.