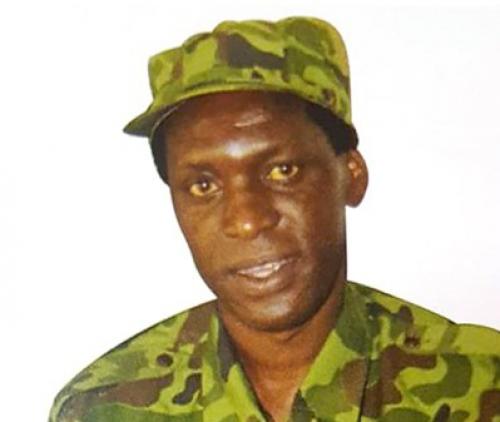 One of Vhembe's most illustrious spears have fallen

The community of Vhembe, Limpopo and South Africa at large are mourning the death of former MK leader Comrade David Mbulaheni Malada, better known as Peter Dambuza through his struggle operations.

According to the family spokesperson, Moses Malada, who is also the younger brother of the late Malada, Dambuza died after a short illness.

The spokesperson and secretary of the Peter Dambuza Foundation, Mr David Musetha, said that Malada’s sudden death came while he was still working on projects of the foundation.

“We are deeply hurt and saddened by the untimely death of this struggle icon, since he was at the forefront of leading the activities of the foundation,” he said. Musetha said that Malada was busy with the manuscript of his book So the Guns Started roaring.  He was also working on producing a documentary of his life.

“Our chairperson passed away while he was on a mission of making South Africans aware of the history of our liberation struggle by documenting stories of other former MK guerrillas,” said Musetha. The material that he collected included interviews from academic institutions, made for research purposes.

Malada, who hails from Makonde village, was also head of the Finance Department Portfolio Committee in Vhembe.

“His passing away came at a time when his experience, knowledge, and leadership style were needed most. Through his experience, he was instrumental in the re-structuring of the municipality. Malada was a selfless volunteer.  He never fought for positions; hence he was a humble servant of the people.  He worked with various community structures and respected everyone,” said Nenguda.

Moses Malada said that the family members were saddened by the sudden departure of Dambuza.  “We did not expect this. He was full of life. Even though we knew and accepted that he was not ours alone, as he belonged to the entire community, he was still a father, brother, and uncle,” he said.

Dambuza will be buried at his home village of Makonde on Saturday. He was accorded a special provincial official funeral by President Cyril Ramaphosa.

General Dambuza, as he was known in MK circles, engaged in many illustrious battles since 1977 after he had joined the MK. He trained in several countries, which included Angola, Swaziland, Mozambique, Tanzania, Zambia and Cuba. He was involved in conflict with the apartheid regime at Mutale in 1977, at the Sibasa police station in 1981, and many border battles.