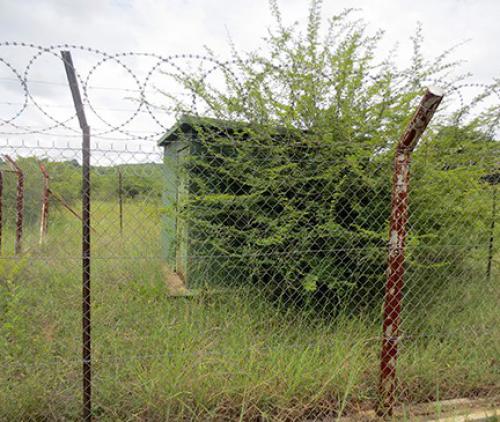 A borehole drilled five years ago is still not functioning.

Matsila community struggling to get water for almost a year

Residents of Matsila village, which falls under the Collins Chabane Municipality, have been struggling for almost a year to get water.

Limpopo Mirror visited the area a week ago and spoke to several community members. One of the complaints is that a borehole was drilled about five years ago, but it has never functioned.

Akani Mathebula, a mother of three, said: “I feel very uncomfortable every time I fetch water from the neighbours. They pay electricity for pumping out water, but they allow me to get the water free of charge. When are we going to have our own water? This limits me in whatever I want to use the water for.”

Mathebula mentioned that she used 420 litres of water every two weeks. Her only means of income is the social grant that she receives. “Imagine if I were buying water how much I would be spending per month. I cannot afford this,” said Mathebula.

A couple of metres away from Mathebula’s homestead, Limpopo Mirror met Martin Mudau, who was returning from a visit to his grandmother. “I had come to check whether my grandmother still had water for the day. I have to do duties with my other young sister to ascertain that our 80-year-old grandmother has water,” said Mudau.

He has to do three trips to buy water from those who drilled boreholes at their homes. His grandmother uses 60 litres of water daily, and he pays R2 for a 20-litre can of water.

A community member who did not want his name to be published said: “The Vhembe Municipality has no heart for the community. How can they drill a borehole and leave it not functional for all these years?”

According to another member of the community, they were told that water pipes had been stolen when the municipality had stopped pumping water from the nearest dam “Now they have drilled a borehole, so what is holding back the pumping of water to the community?” asked the community member.

The spokesperson for the Vhembe District Municipality (VDM), Matodzi Ralushai, said that the borehole had not been drilled by the VDM. He said that the municipality’s technical unit was attending to the water challenges in the area.