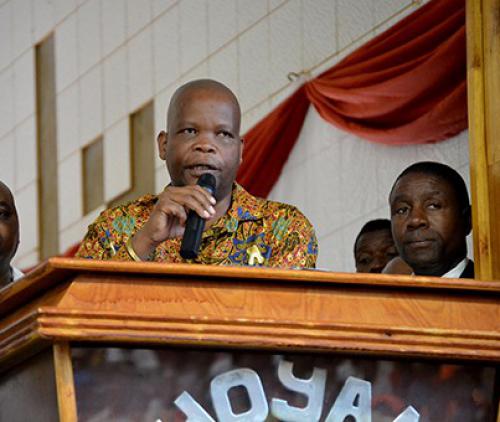 “People are now committing crimes intentionally, knowing that they will seek the services of [experienced] lawyers [to see them get away from the law]. We are not here to play games – if one has been sentenced to a 20-year jail term, let that person spend his 20 years in jail and not spend a part of it and get placed on parole.”

These were only some of the introductory words of Khosikhulu Toni Mphephu Ramabulana when he was speaking during the Department of Correctional Services' offender-reintegration engagement at Biaba in Nzhelele two weeks ago. He had initially stated that he and other thovheles (senior traditional leaders) were still going to draft a memorandum of concerns regarding the scourge of crime and submit it to the department.

Just three minutes into Ramabulana’s speech, the Deputy Minister of Correctional Services, Nkosi Phathekile Holomisa, had risen and walked out of the Makhado Education Multi-purpose Centre, reportedly for a pre-scheduled interview.

Nkosi Holomisa had come to forge a way forward in creating means of welcoming back released offenders into the communities. The imbizo formed part of the Department of Correctional Services' public education reintegration strategy that seeks to alleviate conflict within communities, following the rehabilitation and release of offenders from correctional centres.

“When a person has killed another one, the law must ensure that they deal with that person in the strictest order of his crime, because even when they are given a second chance via parole, they still get back and commit crimes,” Ramabulana continued.

He said that, as thovheles, they had noted that the community acted out of anger when they took the law into their own hands. He said they understood the community’s pain and disappointment at the manner in which the justice system was being lenient on criminals. “Not that we condone that (mob justice),” he said.

He stated that, as traditional leaders, they knew all their subjects and that it would be good if judges and magistrates consulted with them when sentencing criminals, so that they could supply additional testimony on that offender's person.