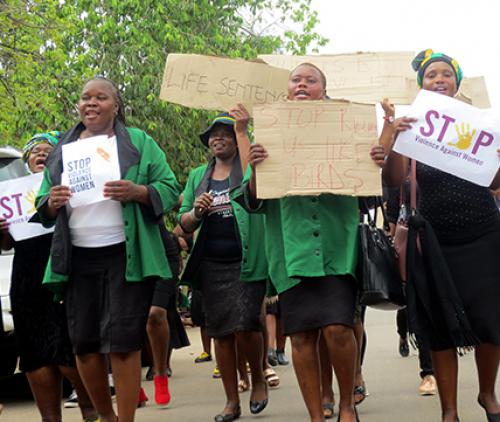 “We are not going to accept any sentence less than life in jail for such a murder case, nor bail. The justice system should take its course. Women are being killed daily, and we note at times that the perpetrators walk freely in the streets the following day. We are not going to allow that,” said Musina’s mayor, councillor Mihloti Muhlope.

Mayor Muhlope joined a group of about 50 women protesting outside the Musina Magistrate’s Court on Monday. The group attended the bail hearing of Thivhalitshi Madzivhe, who is suspected of killing his girlfriend, Tshamaano Sehlare.

Meanwhile, Lerato Mamatloti, a member of the Matswale community and one of the organisers of the protest march, expressed her satisfaction with the manner in which the court had dealt with the case. “Further cross examination to us means that they are trying to get to the bottom of the case,” she said.

Mamatloti urged women to stick together in such difficult times and to show that they cannot be treated like sex objects.