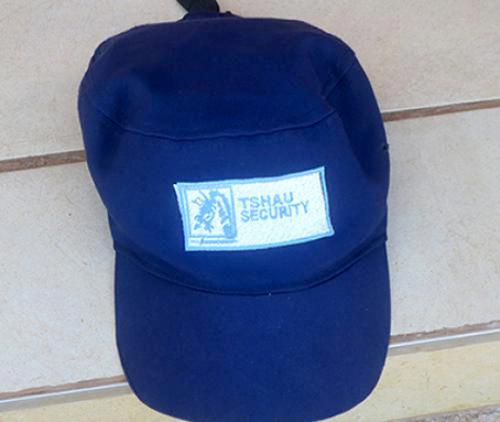 Part of the Tshau Security uniform.

Fired guard back at work after CCMA arbitration

One of the dismissed workers of the Tshau Security company was reinstated in December, following an arbitration process at the Commission for Conciliation, Mediation and Arbitration (CCMA).

Glandar, who asked to be mentioned by her first name only, said that, at the time, they had tried without success to get the company’s management to address the issues. According to her, they were served with disciplinary letters.

The five were accused of participating in an illegal strike or work stoppage and intimidating other employees. The charges against them included the incitement of other employees to behave in a disorderly and disruptive manner. They were all dismissed from work the same day, after the hearing. The workers reported the matter to the South African Transport and Allied Workers’ Union (SATAWU) and it was taken to the CCMA.

Following the CCMA’s arbitration process, Glandar was reinstated and asked to start working in January 2020. “Though I am back at work, I am still struggling because Tshau Security was supposed to pay me for the two months it had fired me. At the moment, I am finding it very difficult to make ends meet. I am borrowing and have to pay back with interest,” said Glandar.

She claims that she has called the company several times to determine when the company will pay her. “The company said that they would pay me at the end of January, but I am not very sure of this since they were supposed to pay me last year in December,” she says.

The management of the Tshau Security company were contacted for comment, but they declined the opportunity.