Unique sound from of The Natty Lions

Natty King is from Vuwani Tshivhazwaulu Ha-Mangilasi and The Lion Poet is from Tshilapfene village. The group was formed after the two artists’ chance meeting with producer Andrew “MC-A” Nkhumeleni, of Unik Prodakshin Studio based in Tshiawelo, Soweto. “We immediately started working on our first project together,” said The Lion Poet. “Our first output came in 2017 with the release of the album titled Jah Rastafarah, followed by another album titled Legalize it in 2018.”

They won the best Reggae Song award for Mary my Love off their album Jah Rastafarah at the sixth Annual South African Upcoming Music Awards (SAUMA). The awards give recognition to excellence in the music industry for upcoming musicians and artists.

Their latest album, titled Huna Ndado Shangoni, was released last year. “They say we are making good music, and that our music is unique compared to other musicians’ as we are producing rare reggae with poetry,” Natty King said. “We continue to get good reports, which shows that we are loved and supported.” 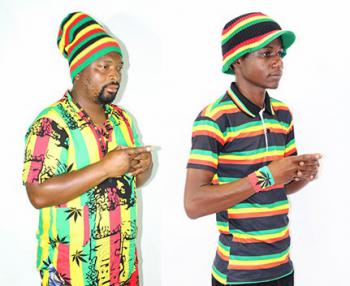